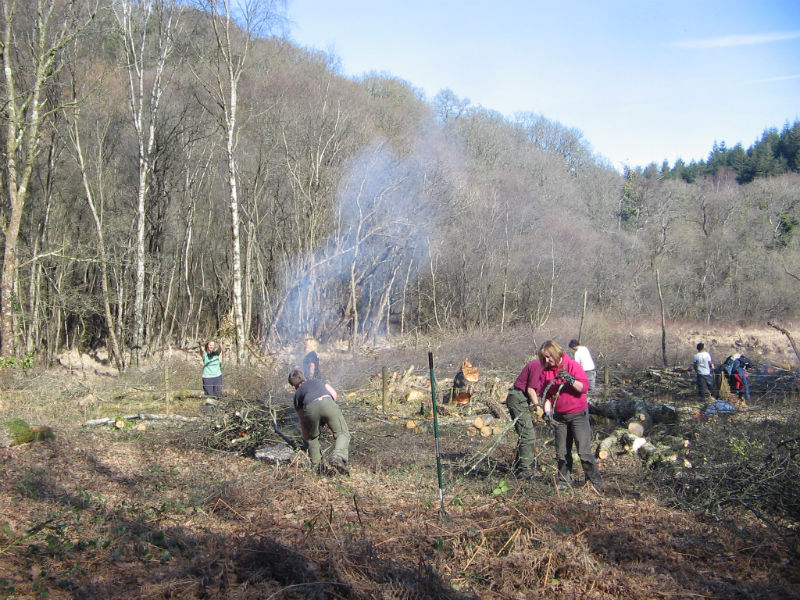 A Dartmoor adventure (with a purpose)

It’s unusual to see students out and about at 8am, especially on a Sunday. Most would be tucked up in bed after a heavy Saturday night, but fortunately, the assorted group I met at the bus station last weekend were wide awake and ready to go.

My friend Sarah, a fellow biologist, had organised the day, and it never ceases to amaze me how craghoppers and walking boots seem to draw the outdoorsy types like a moth to a flame. As we stood by the bus, a trickle of strangers would walk over and tentatively suggest, ”are you, er, the Dartmoor people?” quickly followed by ”Yep! Nice to meet you”. And so the day began, as we all hopped on the bus out to Bovey Tracy, half an hours ride out of Exeter. We explained to the bus driver where we were heading and he quickly informed us that EXPLORER tickets would be 25p less. We tried our best to live up to that illustrious title.

In Bovey Tracy we swapped bus for landrover as we were met by a couple of guys from Natural England, who were coordinating the work. Our site for the day was a steep valley where the bleak open moors tumble down to ancient woodland. The task was to clear a patch of woodland, and although destructive, it’s a fine example of sound conservation science. We were there to create new habitat for a two very rare species of fritillary butterflies. So rather than just dense woodland there would be a number of different types of habitats, which would hopefully increase biodiversity and benefit these threatened butterflies

We split into two teams and started small fires (I’ll neglect to say how long it took to get ours going, more practice needed perhaps!) where we could burn the scrub and branches from cleared areas. Larger logs were saved and piled high as a future haven for insects and other critters.

Passers-by out walking on a Sunday would stand and watch for a while, children were particularly impressed by the crackle of leaves, whooping with joy as they went up in flames. A great day out in the countryside, and what’s more, it didn’t cost a penny. Natural England cover the cost of travel and provide all the necessary tools. So if you have a spare weekend, get in touch with them and get stuck in. Theres an adventure to be had right on your doorstep, and you’ll be helping the environment too.

So as we packed up for home and a hard earned beer, smelling rather distinctly of bonfire, it turns out that fatigue, as they say, really is the best pillow. I fell asleep on the bus.