Does Swaziland Hold the Secret to Tackling Rhino Poaching?

The Little Kingdom of Swaziland

Five thousand kilometres of asphalt, gravel and sand has slipped beneath our chunky tyres since we began this journey. We’ve skirted the peaks and passes of the Drakensberg mountains, traced the length of KwaZulu-Natal, home of the historic Zulu empire, and traversed Swaziland, that little known kingdom of positivity neatly sandwiched between South Africa and Mozambique.

Like many journeys, I began with preconceptions I didn’t even realise I had. In aiming to write about conservation success stories, I hoped to avoid doom filled reporting on poaching, but instead that is the foremost topic I want to visit. In South Africa it seems that it is a specter never far away.

Poaching is an easy, sexy topic for conservation organisations to focus on. It motivates donors, the problem (and the enemies) seems tangible, and the victims (animals) are something we empathise with, as opposed to vanishing habitats and ecosystems.

What do the solutions looks like? To westerners, probably militarised patrols, armed wildlife guards and increasingly high-tech monitoring. Until recently, this slippery slope was something I balked at – akin to giving up and admitting defeat. You don’t fight fire with fire; nature can’t truly be wild if it is under lock and key, guarded by drones, razorwire and small private armies. Those images of armed rangers standing guard meters from lumbering rhino are designed to reel in funders, I can live with that, but it’s not something I ever imagined could work on a wider scale. 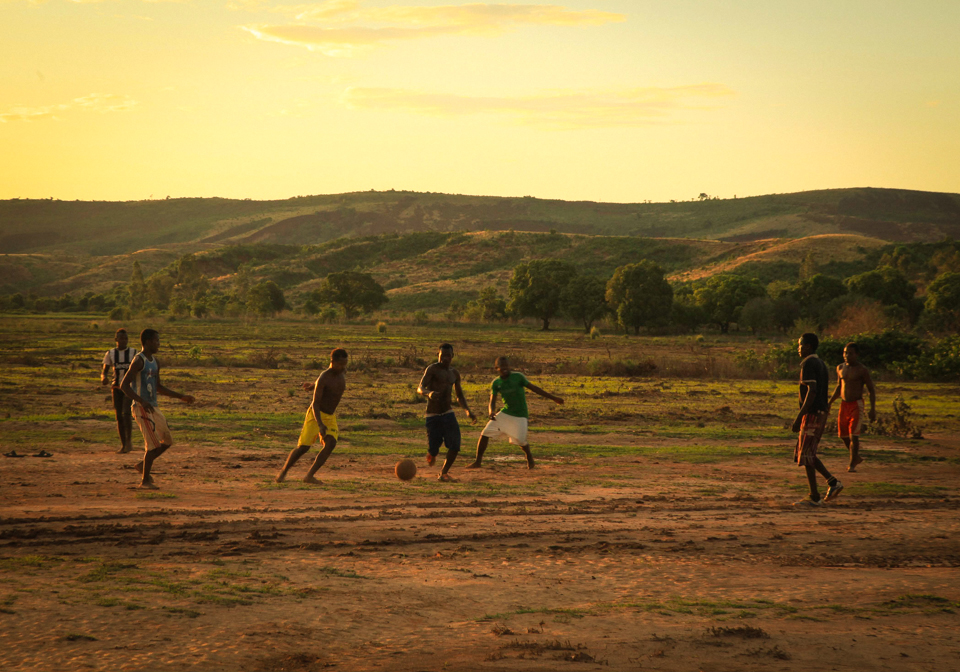 Waiting to get hit

And yet two conversations from this journey have stuck with me. The first, was with the manager of a nature reserve in South Africa, over a coffee staring out across a low hillside dotted with acacias. Small groups of impala and zebra meandered purposefully towards the best grazing whilst a gang of adolescent warthog rummaged at the foot of the ill-defined garden.

“All of our neighbours have been hit” she added flatly, reeling off a list of nearby parks and reserves. “It’s only a matter of time”.

Getting hit, refers of course to having your rhino poached. At best, the first indication you might have is coming across a dehorned carcass – an animal you have perhaps known for years – at worst, the lives of managers and staff are in danger.

The risks are very real, and taken extremely seriously. Amid an otherwise peaceful and tranquil cottage in the African bush, where clay pots filled with porcupine quills and feathers decorate the windowsills, here mugshots of wanted men and ID charts of light aircraft and helicopters adorn the office wall.

“If the rangers spot someone low over the reserve, this helps them work out the make and model of the aircraft, so we can share information with other reserves”.

Later that day, on foot with a patrolling ranger, and close enough to a white rhino to hear a soft snort of discontent (a little too close!), conservation has never seemed so real. The hum of a high altitude aeroplane had us all holding our breath and every unrecognized pickup truck was briefly regarded with unfounded suspicion.

In South Africa at least, the prospects are for all sides to escalate this conflict, and the resolution seems unfathomable. And yet just over the border in Swaziland, a mere hundred kilometres from Kruger National Park – something of an epicentre for poaching – is a place where rhino are safe. 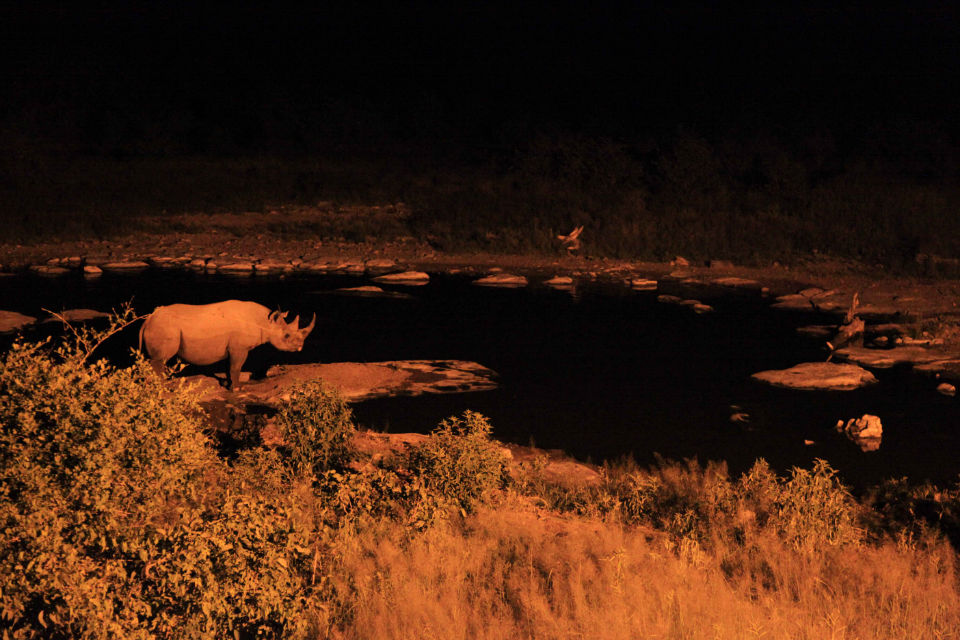 A rotting carcass on the steps

“There is no poaching in Swaziland”. Said one game ranger named Lucky as he heaved another monstrous log onto the fire. “The fire keeps the hippos away” he said with a grin.

Indeed only three rhino have been lost in Swaziland to poacher’s guns since 1992. By comparison, the total for South Africa is 1054 rhino in 2016 alone.

Pressed on why, Lucky softly recounted a story which has perhaps been only marginally embellished, and goes something like this: Back in the 1950s, the Reilly’s who were farmers in Eastern Swaziland became increasingly concerned for the plight of the country’s wildlife as dozens of species slipped to local extinction. So frustrated was Ted Reilly**, with his pleas falling on deaf ears, that he delivered the rotting carcass of a poached rhino to the steps of the royal palace. This had the desired effect, with tough legislation quickly following

Today, poaching by all accounts is considered profoundly socially unacceptable in Swaziland. This makes it immensely difficult for both domestic poachers and those that come in from countries like Mozambique to operate undetected. At the same time, strong legislation including a minimum five year jail sentence, with no option to instead pay a fine (unlike in South Africa), seems to be having a remarkable effect. 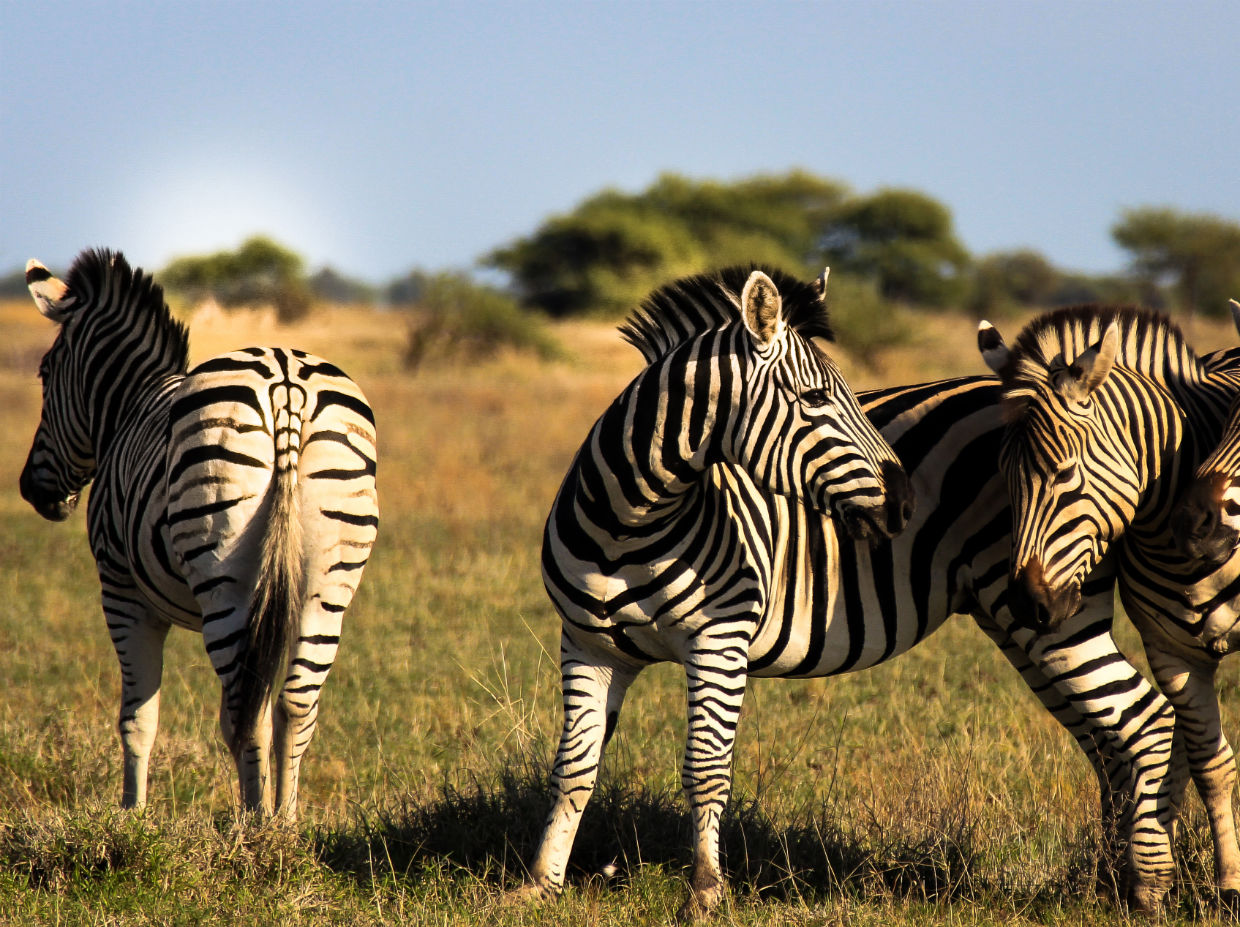 But most importantly, there was – at least in the rangers I spoke to – a sense of ownership of Swaziland’s protected areas.

“You pay to come here as a tourist, to see these animals” said Lucky with the glow of the campfire illuminating his face. “That money pays for rangers like me, which means I can support my family and the community outside the park”.

But perhaps in Swaziland lies something of a solution to the poaching crisis. It will be a long and bumpy road, but if this pint-sized kingdom can find a way, then surely others can too. Looking now at the misty Mlilwane hillside, the undoubted product of an enormous conservation success story, it’s hard to imagine that last wild animal disappeared in 1959 and the dark decade that followed.

So whilst the short term solution may well be to fight fire with fire, in the long term, Swaziland shows that the only way to protect our wildlife is the win over the hearts and minds of the people that live along side it.

*Some names and places have been deliberately omitted or changed, although ranger Lucky really is called Lucky.

**For more on the remarkable work of Ted Reilly, read this interview.

This is part two of the Tentsile Africa Overland Series, read more, here.