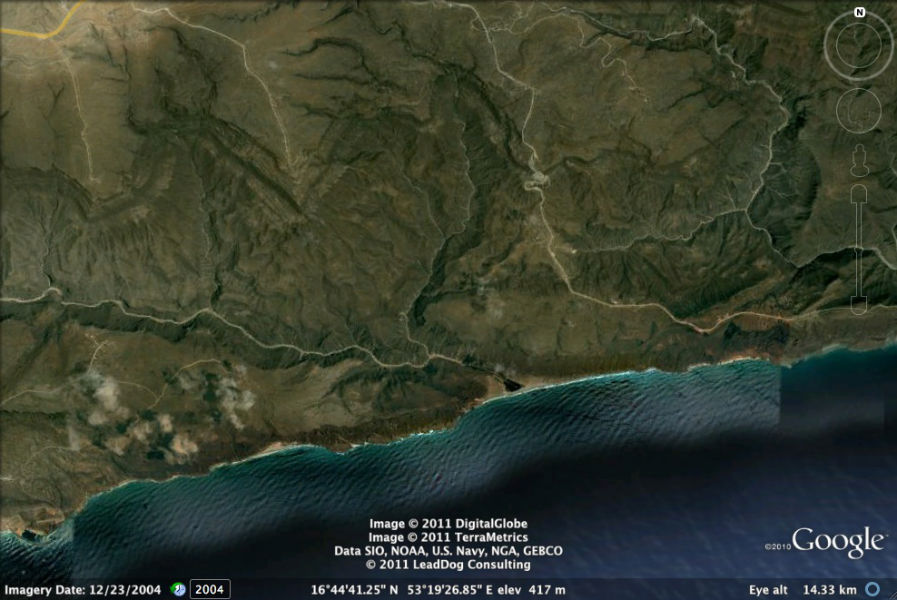 Our time studying the sands is drawing to a close. Now, after many days exploring the area, is when we hope our hard work will be rewarded. After enduring the deserts temperature fluctuations, water limitations and astounding beauty, we’ve been crossing our fingers, hoping not to leave empty handed.

As soon as we had established base camp at the beginning of January, we headed into the myriad of dunes. Following tracks and searching out burrows of the Empty Quarters elusive inhabitants.

Working in teams we laid remote camera traps, small portable cameras triggered by infrared sensor, designed to film passing animals. It was a steep learning curve, searching out the best possible locations for species, about which very little is known.

Now, I’m pleased to report that one of our traps has captured footage of what we believe to be Vulpes ruppellii, also known as Ruppell’s Sand Fox. The Sand Fox is remarkably well adapted to survive in this barren and harsh environment, with notably large ears which aid hunting and temperature regulation in the heat of the day. It also has fur on the pads of its feet, an adaptation for travelling the dunes, and is omnivorous, eating almost anything available.In addition we’ve also caught pictures of Lepus capensis, the Cape Hare, of which there are two possible subspecies in the area, cheesmani and omanensis. We hope to get more photos so that we can ascertain for certain which of these it is. Remarkably this hare can survive without water, obtaining all the moisture it needs from eating plants and shrubs.Both these species are certainly much more suited to this environment than we are, and the team feel privileged to have gained an insight to this unique ecosystem. I hope to be able to report in with more images later in the week.