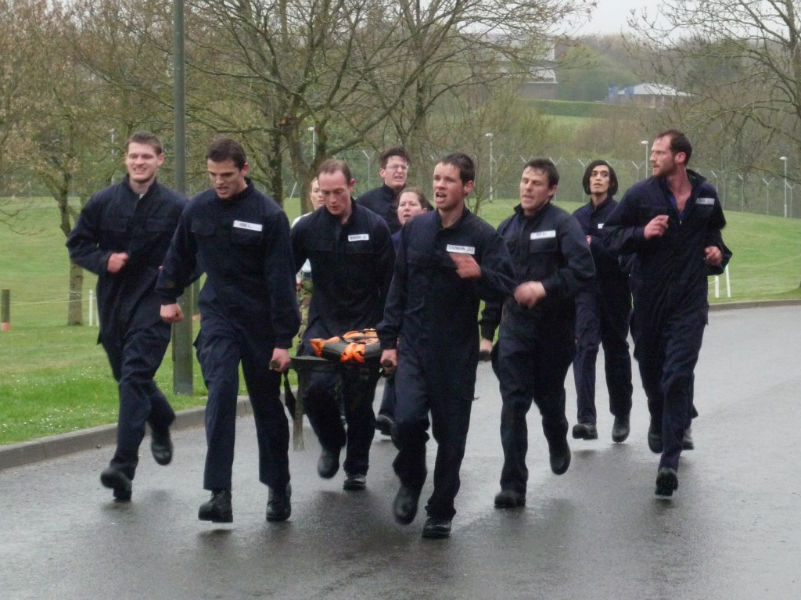 From the moment I arrived at HMS Raleigh naval base, I got the feeling that they had something rather special planned for us. Everyone that met us parted with a final tip that Havoc, or ‘the drew’, would be a highlight. The only problem is, I didn’t know what ‘the drew’ was, and no-one seemed keen to tell me.

There was certainly no time to dwell, with a stretcher race and obstacle course taking up the morning. A brief press session gave us a chance to ask the Captain if he had any pearls of wisdom for our next challenge. He suggested that we get hammering immediately, “get in there, don’t pause, get on with it”. Thanking him, the team left with the thought, it doesn’t have to be fun to be fun, firmly engrained in our collective psyche.

I have subsequently seen Havoc described as a human washing machine. The sight that greeted us was a three-storey metal contraption, adorned with a mryad of pipes, ladders and bulkhead doors. It smelled like ship too, the Navy’s training ship to simulate a hull breech and flooding. After a briefing, my team were kitted out with overalls, wooden wedges and a trusty hammer. We were led deeper and deeper into the ship as the sirens began wailing; and then the water came.