How To Break Into Wildlife Filmmaking (by making your own luck)

My best advice to people in this situation is simply to make your own luck. My friend Peter Cooper and the folks down at NatureWatch have done exactly this, and so I invited him to tell us all about it. Enjoy!

Making Your Own Luck

There are doubtless many young people who want to go into the world of wildlife filmmaking: whether that is operating the cameras, speaking in front of them, or coming up with the ideas and getting films made in the first place. Given you’re reading this on James’ site – an incredibly useful advice point for aspiring conservationists and biologists – you may well be one of them.

So you may already know, or will soon know, that trying to get your foot in the door in this industry is very hard indeed. If you’re lucky, manage to fend off hundreds of other applicants in a hunger games worthy CV contest, and actually manage to get through the all-hallowed gates of the BBC Natural History Unit in the holy land of Bristol, you’ll more than likely find it’ll be grabbing coffee for the people who’s job you really want. A fair amount of time doing this, and then you may be promoted to researcher. But it’s a long droll, and the number of people who aspire to film snow leopards in the Himalayas compared to those who actually do is disproportionately large.

If you want to improve your chances though, than my simple piece of advice is do something yourself. In this new age of social media, the possibilities are greater than ever before, and one such project undertaken by fellow university students and myself is ‘Naturewatch’.

Naturewatch is, as you might’ve guessed by the name, our own tribute to the BBC’s very successful ‘Springwatch’ and related programmes, based at the excellent Penryn Campus in Cornwall – a shared space between the University of Exeter and Falmouth University. With the Centre for Ecology & Conservation based at the campus within the former institution, and a course in Marine & Natural History Photography at the latter – both excellent, fast-developing and globally respected (not that I’m biased or anything) – it creates a splendid cocktail of creativity. The proviso is that there are passionate students willing to do this in their spare time. (The ‘Class A Lunatics’ as the CEC’s director, Professor Brendan Godley, affectionately describes!).

Thankfully, we have these in droves down in Cornwall. And so, in June 2015 we launched our first episode. This and the four that have followed so far are available for all to see on YouTube, are between 10-15 minutes long for optimum viewing time by short-attention-span students, and features the very best of Cornish wildlife. With every new episode better than the last as we continue to learn, we’ve covered everything from ivy bees to pine martens, pink sea fans to grey seals, colour-changing crabs and chip-pirating gulls, the spectacle of a starling murmuration and a 20 foot basking shark filmed from above (my personal favourite). 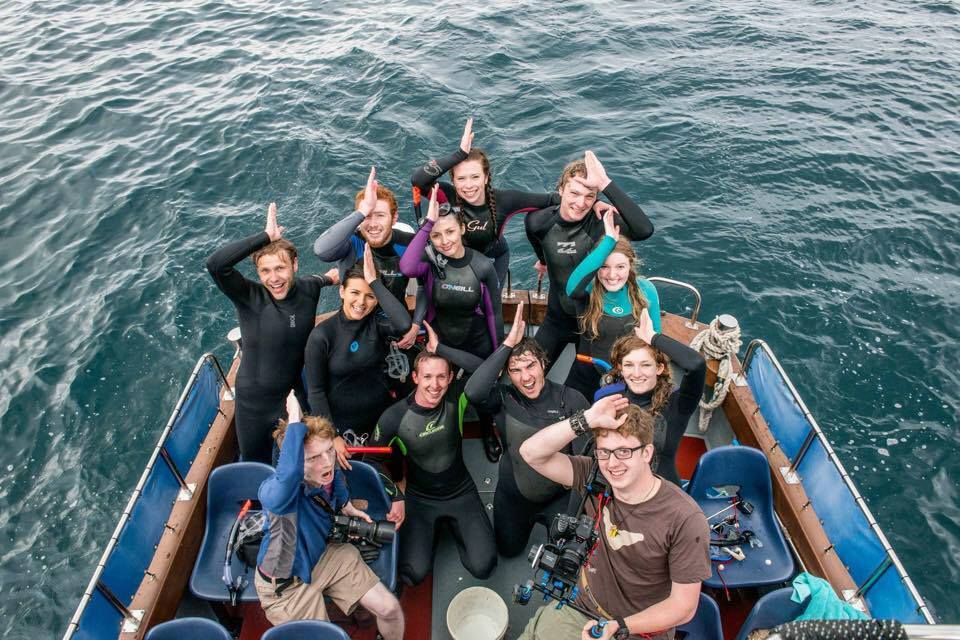 All of it has been done without any staff involvement. All we’ve needed is enthusiastic students who give up valuable study/drinking time to edit together film clips, match sound files, and get it promoted on social media. For the first four episodes, I was one of the three lead presenters, as I’ve always loved an excuse to wax lyrical about my life-long interest in nature whenever I can. Although this is still harder than it may at first seem (such as being able to summarise knowledge succinctly and getting your diction right), it was by far ‘the easy part’ compared to the real heroes on our team who spend many late nights getting episodes together.

At the end of the day, the majority of wildlife presenters, filmmakers and producers are essentially big kids – rather than any corporate-style end goal of ascending career progression, these jobs (and pretty much any to do with nature and conservation to be honest) are built on raw love and spectacle for all the other amazing life forms we share our planet with. So while building up on your expertise and contacts are still very useful and not to be avoided, you’re enthusiasm is what really shines through. These are where many of the real exceptions come from.

So if you have an idea for a great nature film and wish to go into it professionally, don’t wait around for someone to perhaps someday employ you into a position to do it – do it yourself! Be prepared to learn, and be prepared to make mistakes. But by showing that you both want to and can make your own piece of wildlife magic for the small screen, it’s more worthwhile than any internship.

Naturewatch is an online wildlife series by students of the University of Exeter & Falmouth University. Watch their latest episode, and check out their blog. 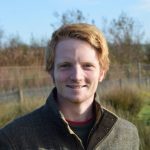 Pete Cooper is a 22 year old naturalist and blogger/writer. He is currently studying his MSc in Biodiversity & Conservation at the University of Exeter Penryn Campus, and serves as a script editor on Naturewatch, having previously been a presenter.