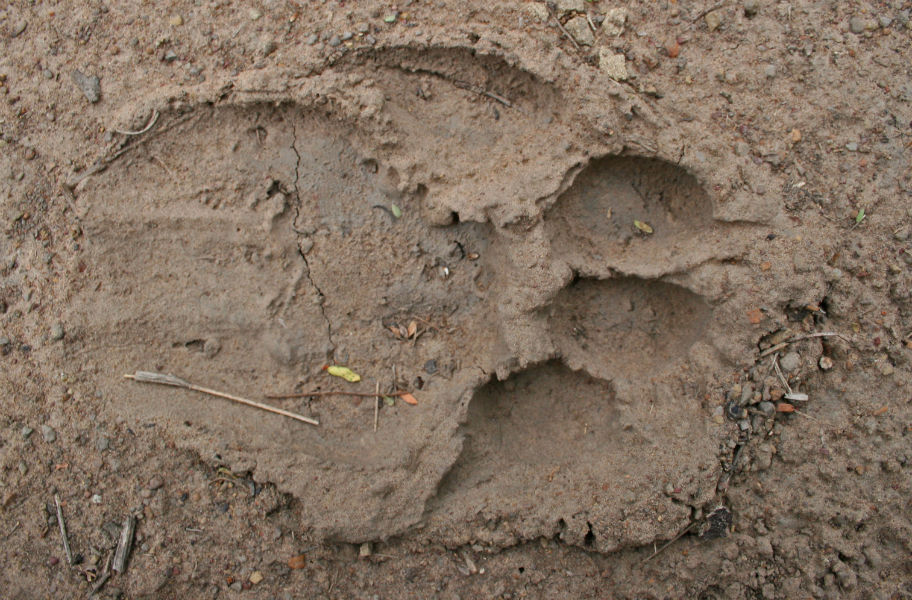 In the footsteps of a Leopard

Conservation can be a tricky business. One of the best approaches is simply to leave things alone, but unfortunately in many cases, that avenue is simply no longer available.

Here in South Africa, agriculture and cattle farming has changed the landscape considerably. Many species that once grazed wild have disappeared and now exist in small, fragmented parts of their former range. There is no sole cause, or single party to blame, for a pattern that is repeated around the world. It’s also no good to rest on ones laurels, resigned to defeat as biodiversity ebbs away.

With a positive attitude and proactive approach, some charities are beginning to turn the tide, by reintroducing animals into reserves and returning the landscape to its former glory. I’m now lucky enough to be walking among White Rhino, Giraffe, Wildebeest and many others here on Action for the Wild’s reserve. Brought here artificially, but now thriving. These are truly wild animals, but with a distinctive South African twist.

But re-introduction is no panacea. Some species must return on their own. Take the enigmatic Leopard, a predator that can range over hundreds of kilometers, and one that pays little attention to boundaries or borders. Besides protection from hunting and persecution, or the last resort of captive breeding, much less can be done. Only by creating a suitable home for the Leopard, can we hope that he returns, of his own accord, in his own time.

Last week we found evidence of a Leopard hunting on UmPhafa. Paw prints in the moist earth, a nod to the hard work and vision that is transforming the area. A morning spent tracking revealed a path through the veld, across a trail and down to the Tugela river, most likely around dusk, just after some light rainfall. With luck, this might be the first of many to flourish under the protection of this reserve.

A print in the sand is most likely the closest I will ever come to seeing the wild and enigmatic Leopard. Perhaps that’s part of the beauty of it.