An Interview For The Inspired50 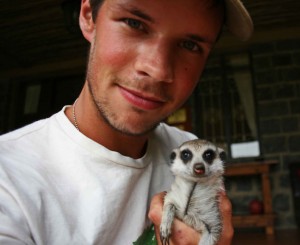 Where do you live: London

Your day job: I’m a PhD student at Queen Mary University of London, studying conservation genetics, which basically means I look at populations of species and try to work out what’s happening under the hood (a.k.a. with their genomes).

Tell us about yourself in 50 words or less.

I’m a conservation biologist, interested in habitat fragmentation and the genetics of rare species. I have a particular passion for challenging expeditions and field research, especially because they make emotive and inspiring stories. I’m also keen supporter of citizen science and outreach, and speak regularly in schools.

What inspired you to first help others/ what was your first experience of giving?

When I was 17 I became involved with an expedition to Madagascar with the British Exploring Society. I realized quite how complicated the issues are out there, it’s not just a case of conservationists like me telling them to stop cutting down rainforest. We worked hard, but I didn’t really know what the solution was – I felt a little bit useless! So I was determined to go away, study, learn, travel to other places, and go back when I had some solutions (or at least an idea of where to start!)

What has your greatest achievement been/ what have you done that has had the most impact/ what are you most proud of?

Back in 2012 I was the chief scientist of an expedition to the Dhofar Mountains in Oman. We were studying, amongst other things, the critically endangered Arabian leopard, which numbers less than 250 individuals in the wild. As a result, at least few more people now know about this incredible big cat, and thanks to the data we and others collected the region is now being considered for protected area status.

What’s the favourite adventure you’ve ever been on?

Over Christmas I spent a month with my girlfriend driving around Botswana in a Landrover Defender. We didn’t really know anything about cars, mechanics, off road driving, or even much about Botswana. It was a long way out of our comfort zone. But looking back now (from the comfort of home!), it was one hell of an adventure in a marvelous country. 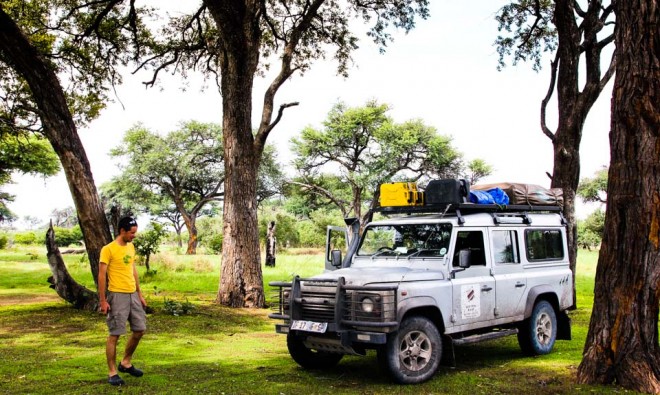 What has been you most memorable moment so far?

When I first visited the Amazon, we flew in over the Andes from Lima. I had imagined whilst growing up, that by the time I was old enough to finally see the Amazon, it might be largely gone. We hear so many depressing statistics all the time, but I was enthralled to see mile upon mile of pristine, untouched forest.

That reminds me to be optimistic; we have so much left to work for. If it’s still there when I’m an old man, then I think we’ll have won.

What have been the greatest rewards?

Something I really enjoy is speaking about conservation and expeditions in schools. Children are really honest, inquisitive, and they ask the questions everyone’s thinking, it’s really good fun. Every now and then a student or a parent get’s in touch to say that they or their son/daughter was inspired to head off on an expedition or to get involved with conservation work.

I think there’s thousands of potential conservationists out there with tomorrows solutions, just waiting to be inspired, and it’s very rewarding to play a small part in that.

If you could go anywhere in the world, and do anything, what would it be?

I have a really strong desire to get back out to Madagascar. For me, in terms of saving unique and irreplaceable species, Madagascar really is at the top of the list. But as a biologist, there’s a huge list of interesting places: New Caledonia and it’s Gondwanan plants or Papua New Guinea and it’s birds of paradise for example.

But in particular I’m fascinated by the idea of ‘Lazarus species’. These are species that we think have gone extinct, but sometimes, very rarely, they are rediscovered alive and well, often in tiny numbers in a remote part of their range. I think that is the stuff conservation dreams are made of! There are a number of them I’d love to lead expeditions in search of, before it’s too late!

To you, is it more important to help people in the UK, or in the developing world. What causes do you raise money for and why those specific causes?

For me, when I look at how fortunate we are in the UK (even if we don’t always feel it), then it has to be a focus on the developing world. But I think we can help both at the same time. The pride and sense of achievement from doing something meaningful with your life, helping others, or protecting our environment is immense. That feeling is how I think you can help people in the UK, whilst tackling pressing issues in the developing world.

Describe how you approach Philanthropy…

Well, I believe that natural capital is the most important ways of being rich. By that, I mean protecting our forests and oceans, maintaining access to wild spaces and the ecosystem services that we all take for granted like air, water and food. Few people realize that we need to protect (and restore!) earth’s biodiversity to safeguard all of these things.

So with my modest means, I think what I can hope to do is open people’s eyes to the value of our natural world, because I think you have to experience it, if you are ever to be persuaded to preserve it.

Have you started your own philanthropic venture (a charity/a social enterprise etc)? If so, please describe it.

Yes, last year I launched Discover Conservation. It’s a social enterprise that shares real life stories from scientists working in remote and challenging locations around the world. As a by-product we make a small income from advertising ethical companies on the site. We pool all of this money and then we’ll give it away as grants to young conservationists seeking to go on their first field expeditions.

It’s been really exciting to watch it grow!

What has been the toughest challenge in supporting your cause/fundraising and how have you overcome it?

Time I think is always the toughest challenge. There just never seems to be enough to do all of the things we need to do! The best piece of advice I’ve heard in this regard is: ‘There are both things that are urgent, and things that are important. Prioritize the ones that are both urgent and important.’

The other challenge is accepting that there are people out there that just aren’t interested in conservation!

How in your view can we continue to inspire a new generation of change-makers and philanthropists?

Well, given the chance I would take them somewhere like Borneo or Oman for at least a month. The important thing is to show that 99.9% of people are good, that one person really can make a difference and that there’s an awful lot of work to do! I’d challenge anyone to not to come back from an expedition with a newfound sense of perspective.

What has been your biggest physical and mental challenge to date?

In terms of physical challenges, I found the Peruvian Amazon to be one of the hardest places to work. It’s just so incredibly hot and humid, all the time – I’m from Essex! Mentally, I think it’s hard not to be your own worst critic, always thinking you should have pushed yourself further or harder or achieved more. 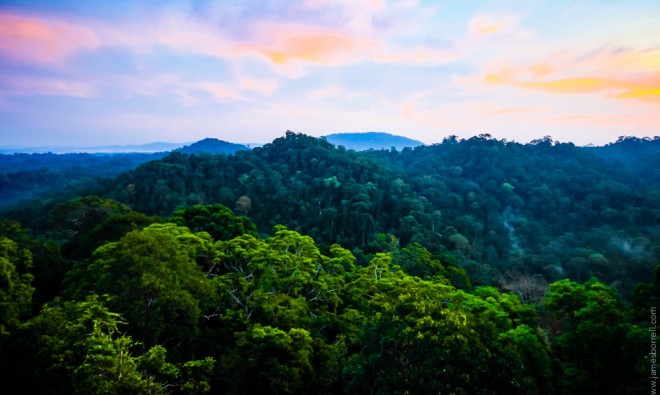 What are you going to do next?

At the moment I’m focused on finishing my PhD in conservation genetics and growing Discover Conservation. I’m also planning a research expedition to Madagascar.

What’s been the lowest point/largest failure/biggest regret of your career?

I’ve passed up on several big opportunities because they didn’t feel right or didn’t fit at the time; expeditions, travel and media type things. I think I made the right decision, but I’ll never know!

Who inspires you- and why?

For me it’s the explorers and scientists who quietly work away and push our understanding of the natural world, normally without many people noticing! People like Andrew Balmford, Paul Rose, Hadi al Hikmani, Greg Treinish, Richard Bodmer, Nigel winser, Pen Hadow and dozens of others.

How would you like/want to inspire others?

I’d hope to inspire others to do work that matters to them, whatever it is. But I think I would be successful if I could persuade them that as part of it, they should leave the natural world in a slightly better state than they found it.

What have you learned about yourself and the world through your experiences?

I think one of the nicest things to learn is that the world isn’t nearly as dangerous as it seems from watching the news. About myself, I’ve learnt that however hard I try, I could never separate my work and my life – so for as long as I possibly can I’ll do work that I love to do. If I can stay in conservation, then that’ll be easy! 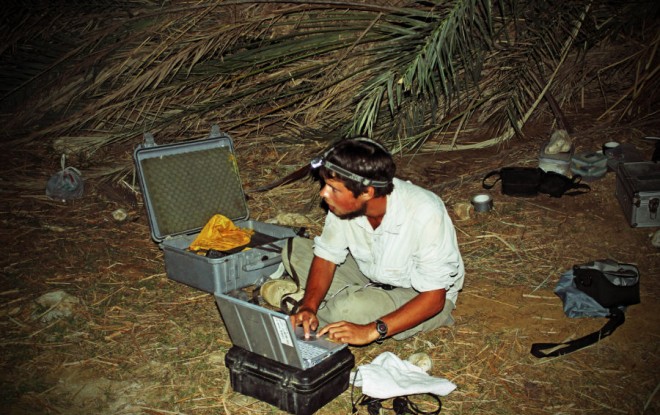 How has your lifestyle and views on the world helped you in your day job/everyday life?

Well I think my experiences have made me an optimist, and going through life as an optimist must be much more fun than the alternative!

What advice would you give to others who want to follow your lead?

Work hard, study, and pass your exams. You might not see the point at the time, but knowledge is a great foundation to build upon later.

If money was no object, what would your career/life look like over the next 10 years?

I think I would perpetually be either on expedition in the field, or in an office writing it up!

But at this very moment, I can honestly say that if money was no object, I’d still wake up and do the same thing tomorrow. After all, I’d very much like to earn my PhD!

How do you want to be remembered?

I’d hope they would say that I gave a little more than I took.