Is Rewilding The UK Really A Good Idea?

There’s nothing quite like mentioning rewilding to really put the cat among the pigeons (or the lynx among the grouse as it were). But jokes aside, it’s a pretty divisive issue even amongst conservationists and well worth careful consideration before leaping to any conclusions.

If done right, carefully considering the positives and negatives, I’m convinced that it’s an overwhelmingly beneficial and excellent idea. Having now utterly polarized my readers, I dare you to read on and see why.

The renewed interest has come about, because as many of you may have seen, the Lynx UK Trust recently launched a survey to gather opinions of the UK public on lynx reintroduction. This is a great start, but obviously, the organisers are of course somewhat biased (they founded the Lynx UK Trust!). At the bottom there’s a link to their survey – whatever your view, do take a few seconds to complete it, just to show the level of interest that the public has.

In case you hadn’t realised, I am of course horrendously biased too!

Why Care About Rewilding?

I’ve worked the last few years in Scotland where it’s almost impossible for any new young trees to become established because of the astounding number of deer. Established trees produce seed, just as they always have, but as soon as the seedlings raise their collective heads above the parapet of moorland they are mown down by deer and roaming woolly maggots (as my Scottish pal calls sheep).

Many of the established trees are old, so old in fact that they date from before the abundance of deer. In the case of some of the oldest trees, wolves may even have still roamed the hills. The reality now, is that many of these ancient trees are reaching the end of their lifespans, and so we are running out of time to help them regenerate.

Now I have nothing too much against deer. It’s just that there are rather too many of them. Many people don’t realise that deer are in fact browsers, which means they prefer the shoots and leaves of woody plants. With little of this left, they are forced to be grazers.

The tragic thing amongst all of this, is that a rich and forested Scotland has long dropped out of living memory, and most people believe that vast barren moorland is the ‘natural’ landscape. They are unfortunately wrong. But the view is rather well dug in.

It’s worth mentioning that this isn’t an isolated Scottish phenomenon. Some very cool research in the famous Wytham woods of Oxford showed that many of the younger trees are a similar age, which coincides with an historic outbreak of disease in rabbits. This temporarily reduced the rabbit population, allowing a cohort of saplings to get going. 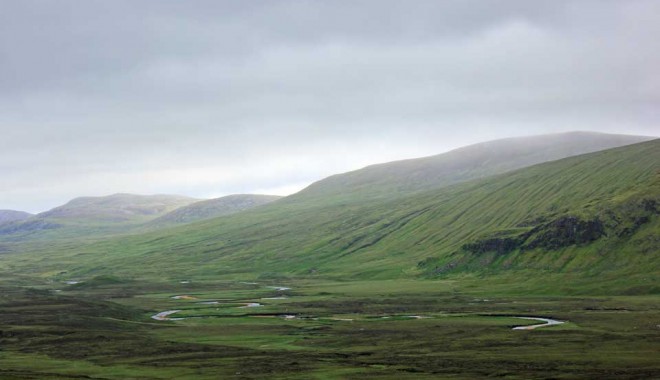 What Does This Have To Do With Rewilding?

So what would introducing lynx of wolves do to help this situation? Well, you would probably be surprised to hear that the main benefit is not actually how many deer they eat. Lynx probably couldn’t take an adult deer, and a couple of packs of wolves might not dent the vast deer population. They would however put the fear of god into them.

This, as is normal in the natural world where predators abound, would make the deer move around more. In turn, some areas are released from grazing pressure as deer avoid areas where they might be easily caught. Over time a more complex habitat develops where regeneration can occur. It worked in Yellowstone.

A forested Scotland would have higher biodiversity, reduced erosion, a host of new resources, less flooding and would be, in my opinion, be even more beautiful.

All in all, thats one simple story why rewilding makes sense – especially in Scotland.

…But What About The Nay Sayers

Certain parts of society, whom have ‘interests’ that may be affected by rewilding, might point out all of the negatives. I don’t blame them, but policy should generally reflect what is most beneficial, to the most people. Yes, a few sheep might be taken. The odd lynx might take some chickens. It’s easy for me to say that I think this is a price worth paying – but I think it is – literally.

In other parts of the world, where livestock has been taken by a wild predator such as a leopard, the farmers are compensated. I would happily pay a a tiny levy to support that, and I think many others would too.

We could borrow some advice from our African and Asian neighbors too, who on the West’s advice are striving to conserve their wildlife and have developed surprisingly effective ways of living alongside it.

There will of course be loads of people who through stubbornness, ignorance, tradition or evidence to the contrary, staunchly oppose rewildling. Only the latter is valid, really. My view is heavily swayed by the weight of evidence, so I’m more than open to changing my mind or backtracking in the future. You might ask where the evidence is, I haven’t referenced any papers or research here, but I know a man who has.

Pick up a copy of Feral, by Monbiot, it’s laced with solid facts. 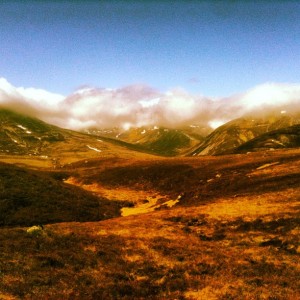 A lot of my views have developed from productive conversations with friends in Scotland. Here’s some links if you want to learn more.

Rewilding Made Simple: An Animated Guide

Lastly, I wrote a piece about the critically endangered The Iberian Lynx in Spain after I was lucky enough to spot one a few years ago.

Have Your Say About The Future Of Rewilding

As the Lynx Trust put it:

“We have just launched a national survey to gather the opinions of people across the UK on lynx reintroduction.

Please, help us get a clear picture of public opinion of reintroduction of these cats as part of a controlled and monitored scientific trial; tell us what you think here;”