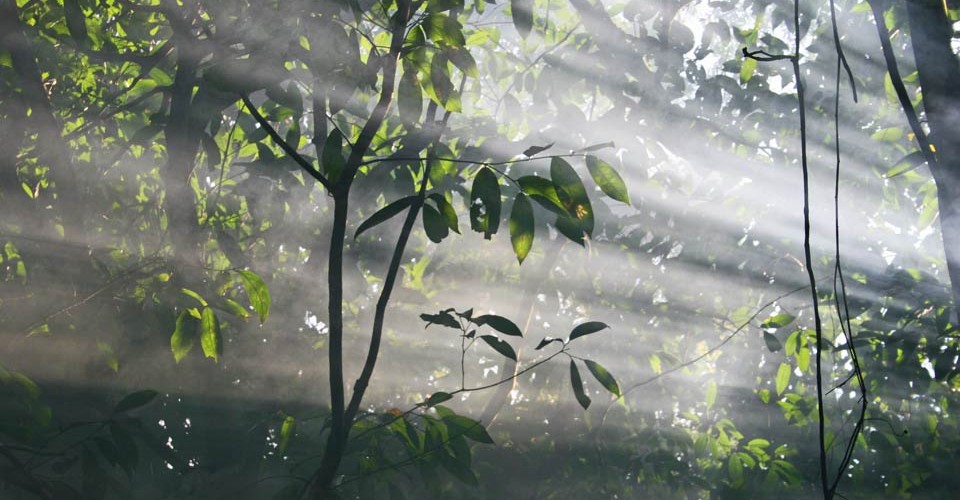 A spotlight burst into life, momentarily panning across the far bank, before returning us to darkness. Adolfo slipped the blade of his hand carved hardwood paddle into molasses coloured water, adjusting the course of our dugout canoe with precision developed over a lifetime plying these waters.

Without realising, we held our breath.  Carlos was poised motionless at the bow, hands outstretched and grasping a homemade noose; tense concentration written across his features. There was no moon tonight, so we had the upper hand. The spotlight panned across again for barely a second, a pair of menacing orange eyes shone back and Adolfo adjusted our course accordingly. We headed straight for it. Slow and rhythmic paddle strokes broke the surface with barely a ripple easing the canoe silently through the water.

Carlos reached forward towards his unseen quarry, the front of the canoe disappearing into the chaos of vegetation as the water erupted with fury. He gripped the noose, knuckles white with effort as the beast fought with untamed energy to escape capture. Victorious and relieved, he hoisted it aboard and set about taping shut it’s dangerous jaws. At three feet of muscly Black Caiman, this was only a juvenile. We weren’t brave or foolish enough to tackle anything bigger.

The team set to work; measuring, weighing and recording our trophy; a Black Caiman. Once hunted to the verge of extinction, now thriving in this remote part of the Peruvian Amazon. With data collected we released it back into the murky depths. Approaching midnight, with six caiman under our belt we called it a night. In the distance a thunder storm was rolling in and the first gusts of wind were sending leaves pirouetting across the sky as we pulled into our make shift dock between an emergent tree root and an island of lily pads. Wearily we lay down, my foam roll mat trying valiantly to even out the tree roots and failing. Savouring the moment, I lay back in the darkness as the rain began to rattle against the tarpaulin and lightening flashes lit up the lake. This was the glamorous side of science in the Amazon.

James Borrell is a conservation biologist with a passion of exploration and adventure. He believes strongly in the ethos of adventure with a purpose, and speaks regularly in schools to inspire students. In the summer of 2011 James spent a month living and working in the Pacaya-Samiria National Reserve, Peru. 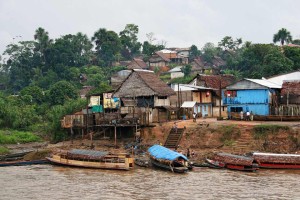 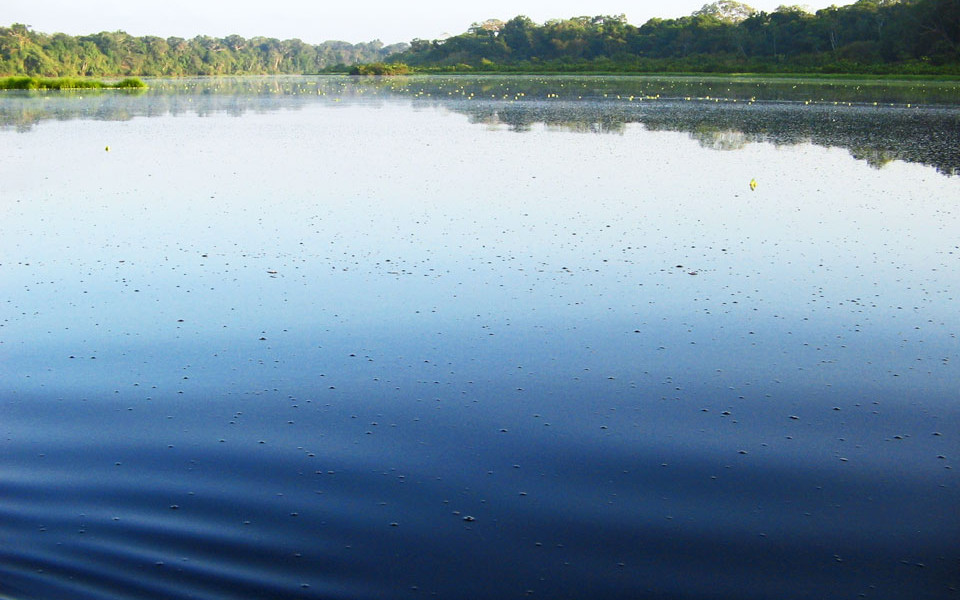 So as the minutes turned to hours and the green carpet beneath us continued uninterrupted, the months of planning melted away, my head emptied of negative statistics and we sat mesmerised at the veins of silver-blue water threading their way through the forest below us. 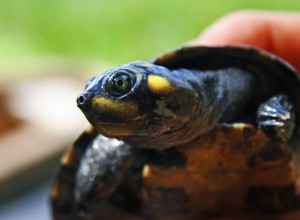 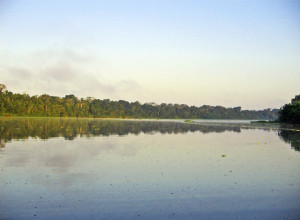 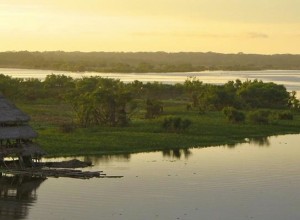 Three weeks previously we collectively craned our necks and pushed our cheeks up against the tiny aircraft windows to get our first glimpse of the Amazon. After a decade of dread filled news reports, there was a visible sigh of relief as we passed over the Andes and a vast plain of vivid green stretched as far as the eye could see. There were no Wales sized sections missing, the Amazon hadn’t disappeared and to my untrained eye it looked every bit as impenetrable as it must have been for Humboldt or Darwin centuries previous.

As a biologist, the Amazon for me is akin to a pilgrimage. Like the Sahara or Himalayas, it’s one of those places you grow up hearing about, a vast utterly alien environment half a world away. When we think of the Amazon in the 21st century, more often than not our ears ring with the buzz of chainsaws as we recall the documentaries reporting on vast swathes being lost every year. We’re reminded of climate change causing unprecedented droughts and the rights of indigenous people remaining underrepresented. We’re told that the clock is ticking on the largest and richest rainforest on earth.

So as the minutes turned to hours and the green carpet beneath us continued uninterrupted, the months of planning melted away, my head emptied of negative statistics and we sat mesmerised at the veins of silver-blue water threading their way through the forest below us. The plane touched down in Iquitos with a thud shaking us back into the present. We stepped out into the scorching equatorial sun our senses were assaulted with new smells and sounds. The reality of our situation hadn’t yet set in and it wouldn’t for many days to come.

From this bustling jungle city our British Exploring Society expedition would acquire all the provisions necessary for a month in the rainforest and pile them aboard a riverboat for the journey upstream to the Pacaya-Samiria National Reserve.  Sandwiched between the Marañón and Ucayali Rivers this vast triangular shaped tract of land was designated a reserve thirty years ago, and comprises some of the most diverse lowland rainforest in the whole of South America.

The modern world melted away as we chugged up river, the diesel engine straining against the flow of a billions tons of water slowly and relentlessly heading in the other direction, destined eventually to spew into the Atlantic Ocean two thousand miles away on the Brazilian coast. Pink river dolphins surfaced all around us, resulting in whoops of joy from the team. Even here, the river was already a kilometre wide.

At the mouth of another tributary we switched to smaller boats called Pekpeks (some ingenious fellow had had the idea of attaching small engines to the back of a dugout canoes bringing them resoundingly into the 21st century). By now it was dark as we fumbled our way through a maze of rivers, nervously alert for fallen logs and other debris floating in our path. We arrived exhausted in the early hours of the morning.

The conclusion of our journey into the Amazon was a morning’s paddle and a trek to a remote Cocha, a local term for what is essentially an oxbow lake. Nestled on the Northern bank of the lake was our research station, a simple affair of a wooden hut on stilts, thatched roof and a small clearing planted with yucca. It could almost be considered paradise if it wasn’t for the scorching sun, biting insects and pink toed tarantulas that liked to live in the roof, descending in the cool of the evening to menace us.  This would become our home away from home.

This article was originally commissioned and published by the folks over at Outer Edge Magazine, more on writing here.