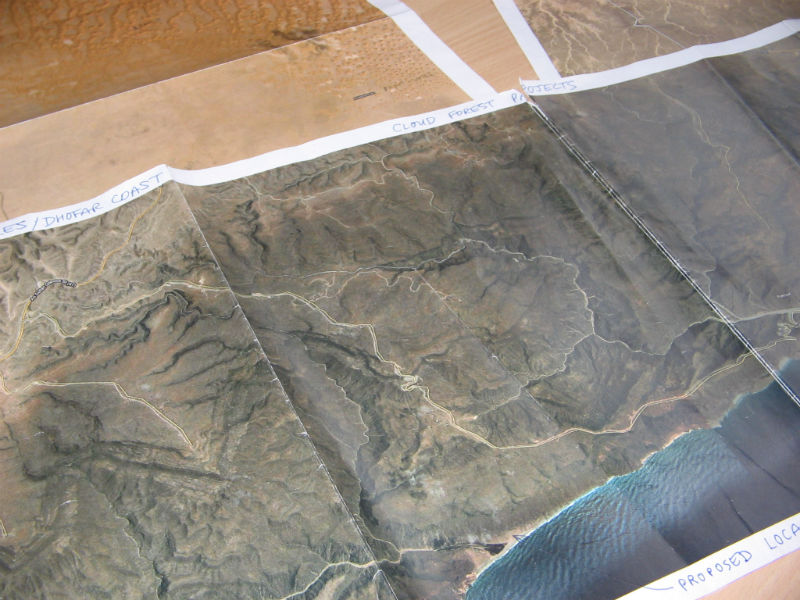 The Ghost of Arabia

Despite it being an unusually warm day for October, it remains difficult to sit comfortably in a Derbyshire village and plan a desert expedition…

Nevertheless, the past weekend was spent pouring over maps of the Sultanate of Oman. A country of sand and mountains and an ancient people, which we are privileged to have been invited to explore. An oasis of stability in an otherwise turbulent region, too often met with misconceptions.

We will be traveling to the South, near the border with Yemen. It is here that the Dhofar mountains rise up from the Arabian Sea before giving way to the inhospitable Rub’ Al-khali, or Empty Quarter. It is here that a ghost clings on to existence.

Once widespread, over the last few decades leopard sightings have become few and far between. It is now thought to be long absent from Hajar and most likely extinct from the Musandam Peninsula. The last confirmed reports were of two dead adults in 1997.

As the moist air blows in from the Arabian Sea, it creates a narrow band of verdant vegetation against the mountains. It is here, that we will be setting up base camp early next year. Despite the odds, we hope to find evidence of the Leopard, and in some small way, help Oman save the ghost of Arabia.

Would you too like to help?.. then perhaps arrange a talk or get involved!