The World According To… James Borrell

With my scientist head on it has to be the jungle, just for the sheer variety of life. It’s also the toughest environment I’ve visited (I sweat, a lot). On the other hand, the emptiness of the oceans or deserts are a rare and valuable reminder of quite how small and insignificant we are individually.

It was an expedition to Madagascar that introduced me to traveling. I saw how precious the rainforests are and the kindness and generosity of the Malagasy people. Unfortunately, things don’t seem to be working out very well over there. It seemed to me that if I went away, studied, traveled and learned about conservation successes in other parts of the world, then I might be able to go back to Madagascar and do something useful to help. 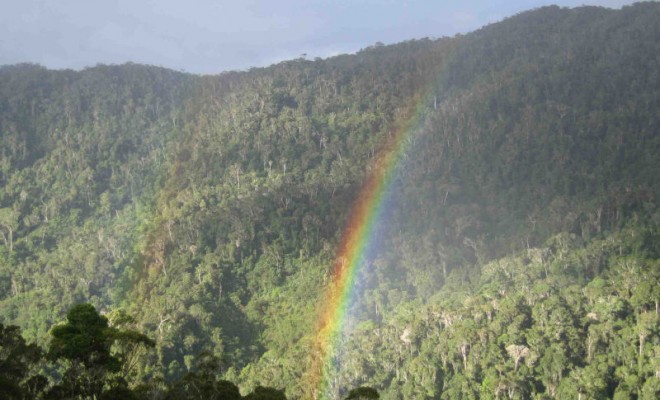 It’s odd how favorite journeys aren’t necessarily fun at the time. When I was 18 I stupidly signed up to sail across the Atlantic on a racing yacht – I’d never sailed before, but the idea sounded romantic. Standing on the bow, 1000 miles from land, with vivid green bioluminescent algae churning in our wake will be a memory I treasure forever. 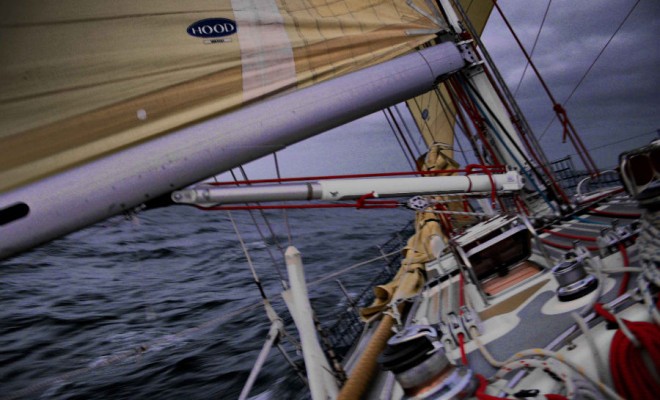 Madagascar is a staggeringly beautiful and fragile country. Sarajevo in Bosnia, was totally not what we expected and by far one of the most beautiful cities in Europe. Kosovo has some of the best cake in the world. The Amazon is just one of those places you have the see (and do your bit to save). The UK – because there really is no place like home. 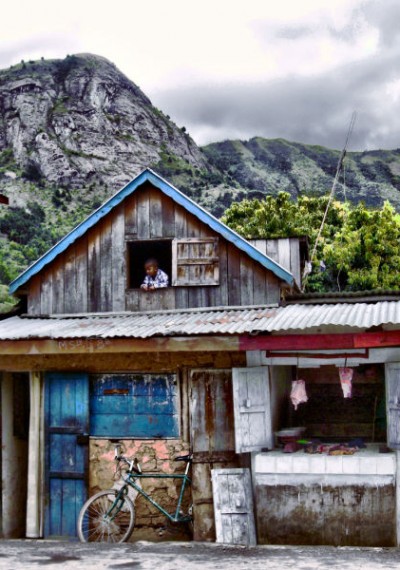 In a tent almost anywhere or on a couch if you get the chance. 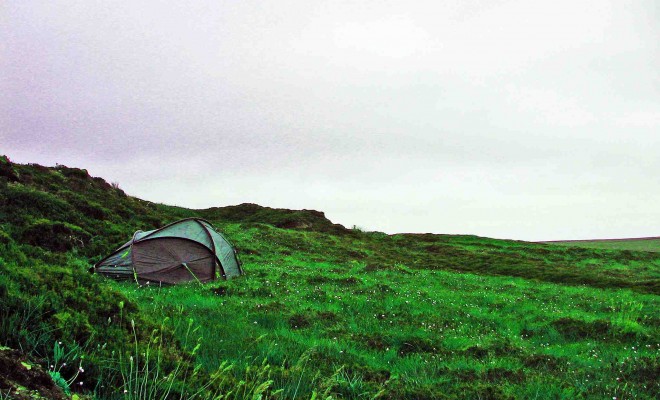 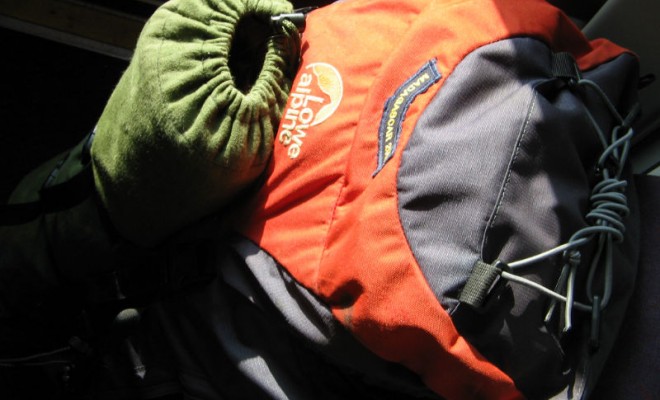 Belarus, just because it took three trips to the embassy to get it. 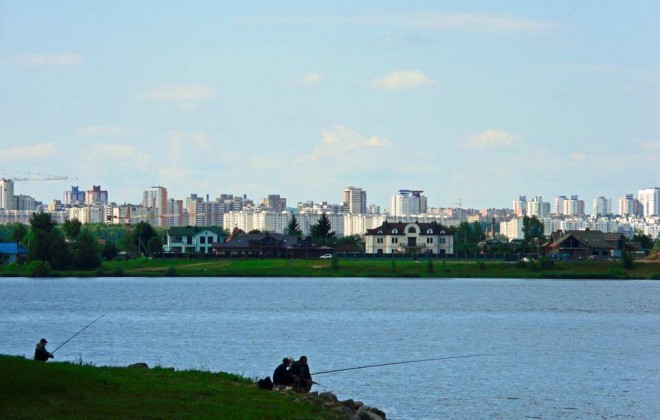 I would very much like to visit Saudi Arabia or Iran. 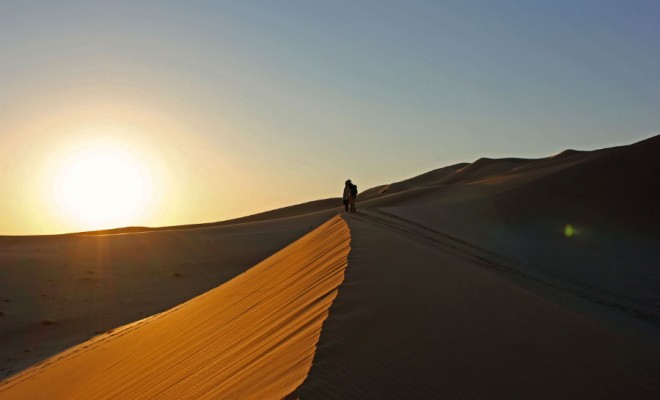 Street food. Especially the crazily bright fruit juices in Peru, the babushkas that sells potato dumplings in Kiev and langose in Prague. Overall though, you can’t beat the your first ice cream after emerging from a month in the rainforest. 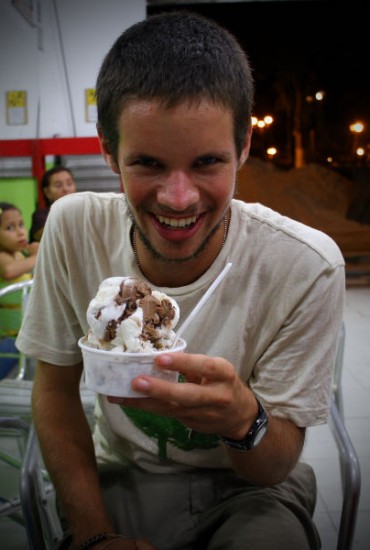 Window, because it’s a great lazy way of taking pictures. 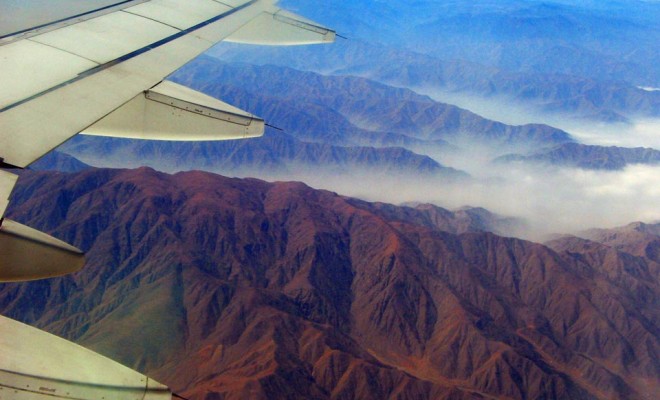 Who is your ideal traveling companion?

Can I go on an expedition with George Schaller? 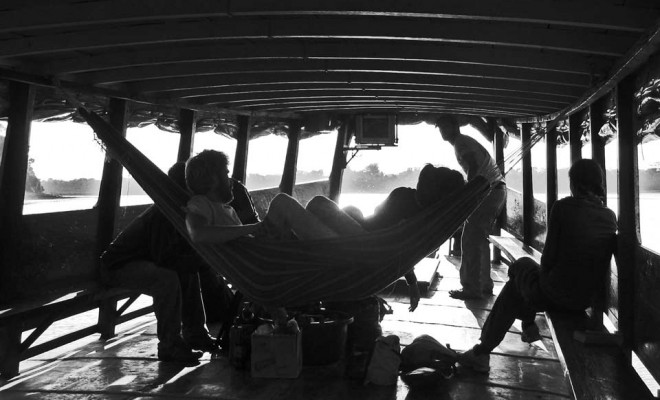 Where do you NOT want to go?

Anywhere with a huge crowded beach and menu’s with pictures. 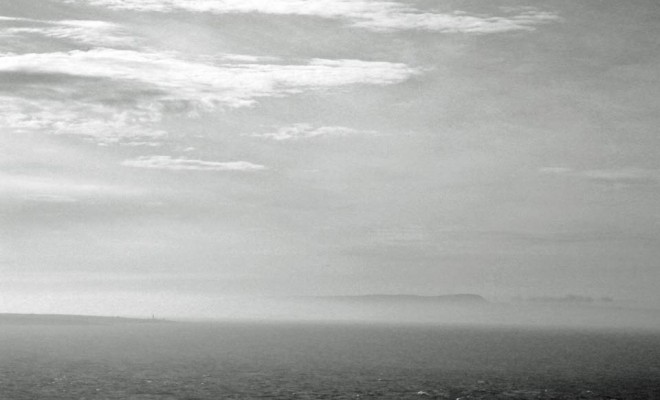 Who/what inspired you to travel? Any travel heroes?

I have Captain Scott and George Murray Levick to thank for the opportunity to travel, and their actions undoubtedly make them hero’s. It was Levick who returned to the UK after that ill fated expedition and went on to found the British Exploring Society. More than 80 years later, they are still going strong!

What do you listen to on the road? Any song take you back to a particular time or place?

I don’t generally have much music with me, I’m happy just to listen to whatever other people have playing. Saying that, Zero 7 reminds me of trying to drive up an old volcano on the Azones in a little corsa with some wonderful friends. 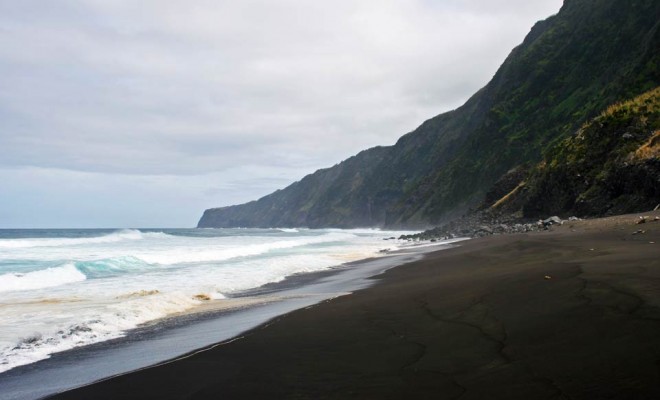 What do you read?

I generally read true stories, almost exclusively. Fiction is great, but so many people have done such brilliant things, it’ll take me a life time to hear about them all. Eric Newby is a particular favorite for his honesty and wit, although I also enjoy books like The Bottom Billion and The Selfish Gene. (Here’s my sort of top 10) 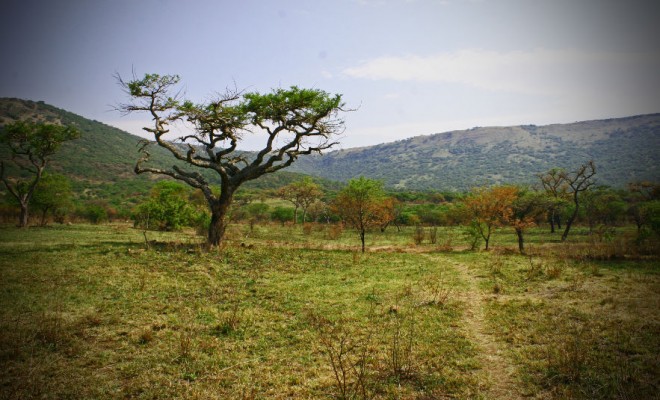 Is there a person you met while travelling who reaffirmed your faith in humanity? Anyone who made you lose it?

When traveling though Eastern Europe we were invited into so many wonderful peoples homes, who wanted nothing in return, but to chat. 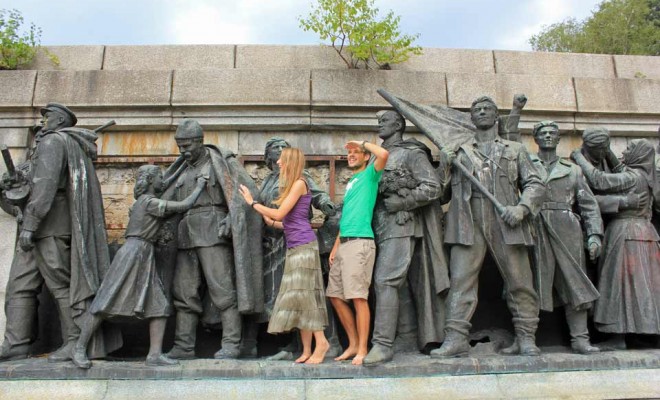 What’s the most impressive / useful phrase you know in a foreign language?

My language skills are pitiful. Insha’Allah translating to God Willing, is by far the most useful, and only, thing I can say in Arabic. 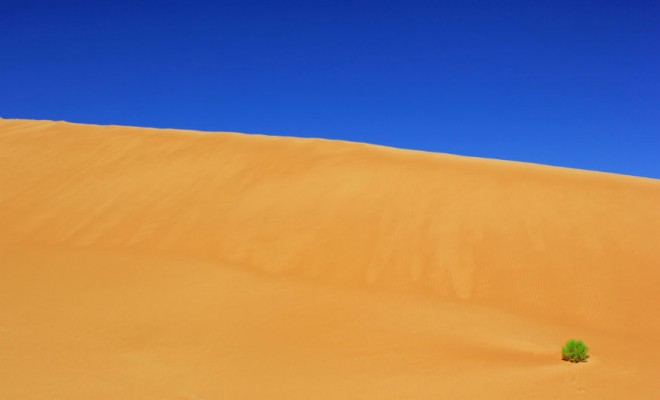 What is your worst habit as a traveller?

When in the middle of nowhere, on dehydrated rations, I invariably fantasize over every infinitesimal detail of a full English breakfast and cold beer; regaling its qualities in exquisite detail to my companions. Can’t help it. (Sometimes Piranha has to do..) 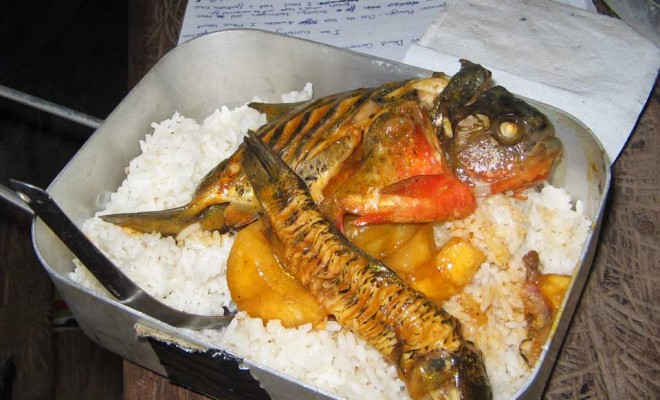 Snowbound in a tent in Antarctica, how would you entertain your companions?

With this brain teaser… There’s just four countries in the world with only one single vowel (and you can only use that vowel once). What are they? 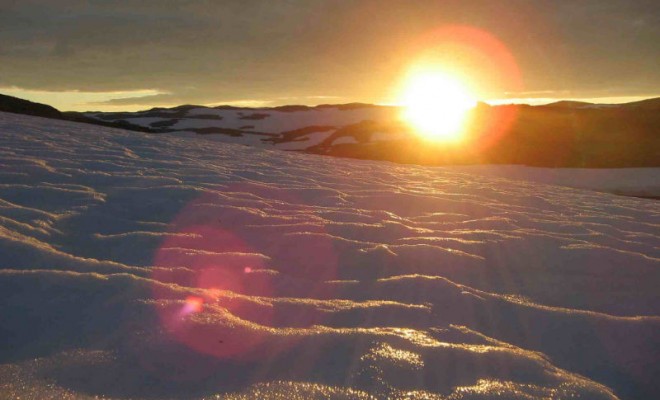 When and where in your travels have you been happiest?

For me I think every journey has it’s highs and lows. Looking back, I can think of many, many moments of bliss in all sorts of situations. Waking up to the whale-like call of Indri lemurs, sharing stories around numerous camp fires, fresh coffee and pink river dolphins on the rio Yanayaquillo. The best though, has to be the (re)discovery of 33 ‘lost’ bars of chocolate from amongst kit bags whilst on expedition – perhaps the only time in my life where I have actually been speechless. 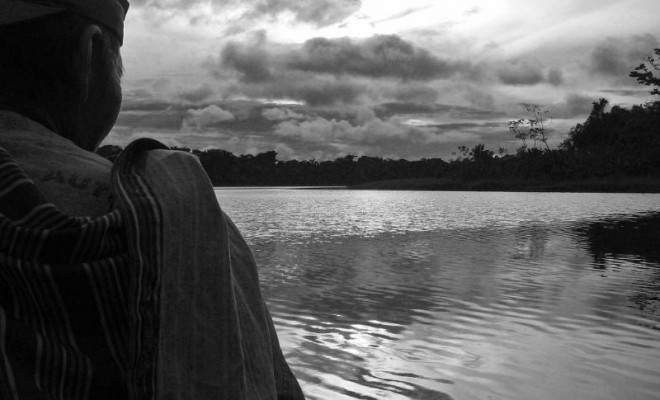 What smell most says ‘travel’ to you? 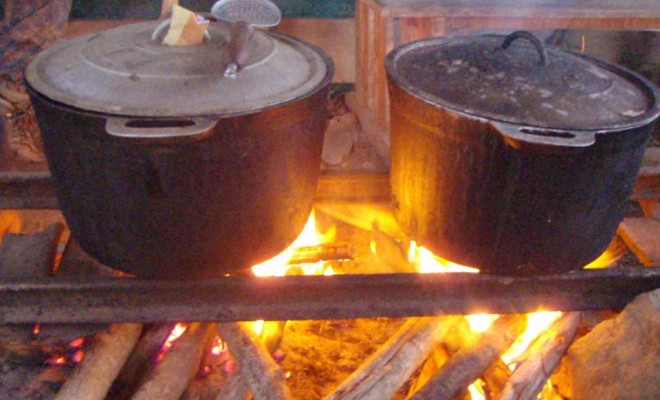 Given a choice, which era would you travel in?

At least as far back as the 18th or 19th century. When I travel now, as a biologist, in the back of my mind is the feeling of responsibility to protect out disappearing wild places. I would love to travel with that irresponsibly liberating sense of a limitless world, undiscovered and unexplored. 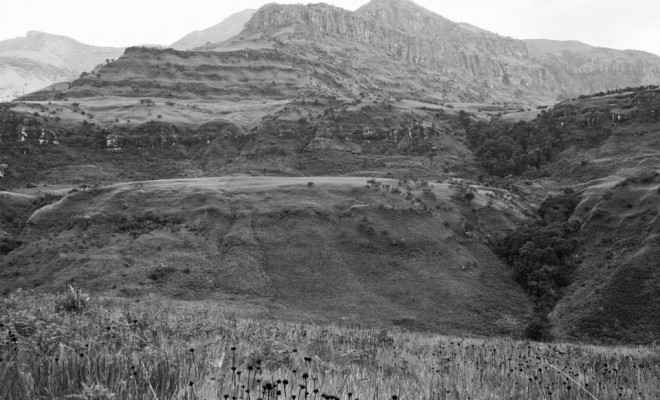 If you could combine three cities to make your perfect metropolis, what would they be?

London for history, Istanbul for the melting pot of cultures and Iquitos for the rainforest on your doorstep. That would be a pretty crazy place. 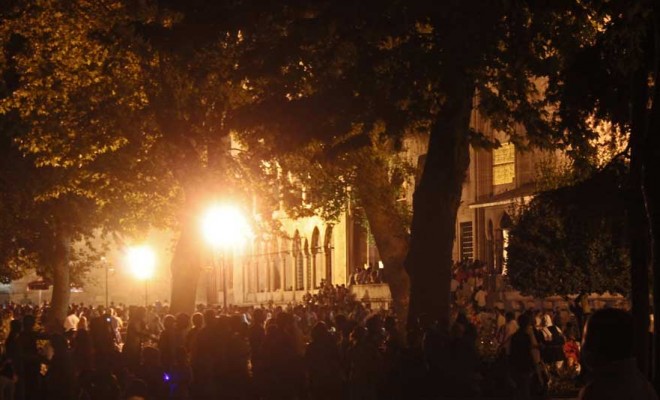