“I awoke to the most eerie, yet beautiful howl as it pierced the breathless dawn, joined immediately by at least a dozen others. As I lay in my sleeping bag, it took a moment to remember that I wasn’t waking up back home in England, I was thousands of miles away in Madagascar, and I had just heard my first Indri Lemur dawn chorus.”

Madagascar is the world’s 4th largest island; it is also the 4th poorest country, with almost 70% of the population under the international poverty line of $1.25 a day. However the Malagasy people are some of the kindest people I have ever met. In the summer of 2007 I travelled to Madagascar with the British Schools Exploring Society on an expedition led by Dr Ewan Laurie.

Lying off the south-east coast of the African continent, across the Mozambique Channel, is the island referred to by scientists as ‘the eighth continent’ due to the staggering variety of its unique inhabitants. Over 80% of its species are endemic, found only on the island. Lemurs the size of bears once roamed its rich forests, in the short time that it has been inhabited by humans, it has become a testament to our destructive power. Nevertheless, Madagascar is changing, but it is up against the clock. Will I be among the last generation to see Indri indri.

The purpose of the expedition was to get involved in current scientific and conservation programs. However operating in Madagascar is very challenging due to its poorly developed infrastructure.  The expedition was focused around the Andasibe region, east of the capital Antananarivo; initially at the Torotorofotsy wetlands, taking part in an intensive tree-planting scheme. This was working with the TAMS project a multi-agency local initiative. 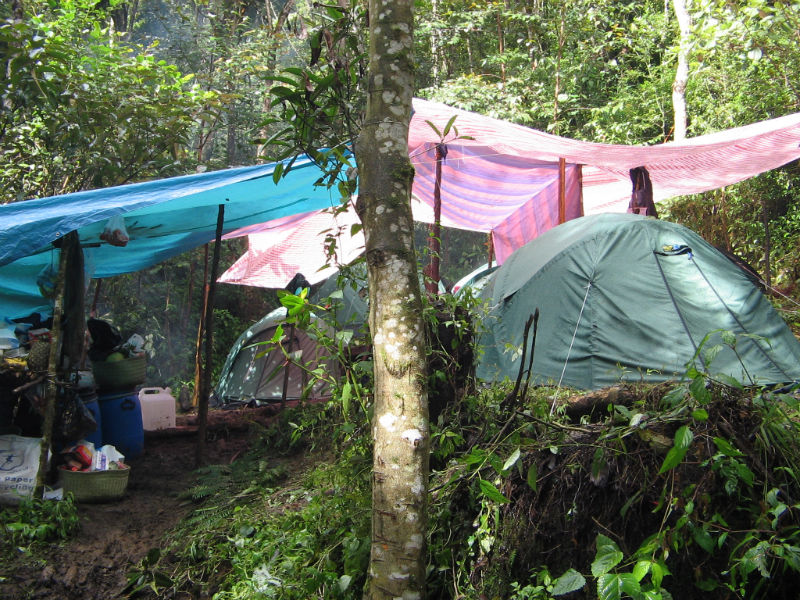 Tams project aims to reconnect pockets of relatively undamaged rainforest by planting corridors of forest between them. To do this requires an understanding of the local seed-dispersing population, and their distribution, in this case Lemurs.

We were fortunate enough to interact on a regular basis with local villages, and so learn a lot about their culture. Living under the canopy of the rainforest in wet and muddy conditions was a huge challenge but an incredible experience.