In the last 12 months:
– More than 6000 visitors from 143 countries visited PADDDtracker.org.
– Dozens of new PADDD events were identified by users .
– We published research on PADDD in Africa, Asia, Latin America and the Caribbean.

(you can read it here in Biological Conservation: http://www.sciencedirect.com/science/article/pii/S000632071300400X)

To coincide with the one year anniversary of PADDDtracker.org, we are released a  freely downloadable PADDD dataset. You can find it here: http://www.padddtracker.org/resources/data-downloads/padddtrackerorg-data-release-version-10.)

As conservationists, we often have the creation of protected areas or wildlife reserves as our end goal. It’s easy to see them as the holy grail of a conservation campaign, and their designation as a pat on the back for a job well done.

Sometimes everyone lives happily ever after, which is great! But unfortunately it doesn’t always work like that. As existing reserves come under increasing pressure bad things – like the three D’s – can happen. This is what a new site called PADDDtracker is all about.

Here’s a great article from Mongabay describing the concept and need behind the idea. 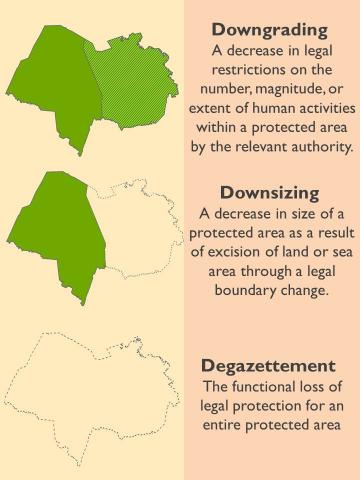 The best part is that anyone, anywhere can contribute their knowledge to the site by adding or editing an event on the map. It’s another cracking example of Citizen Science in action. So if you haven’t already, head over and take a look.