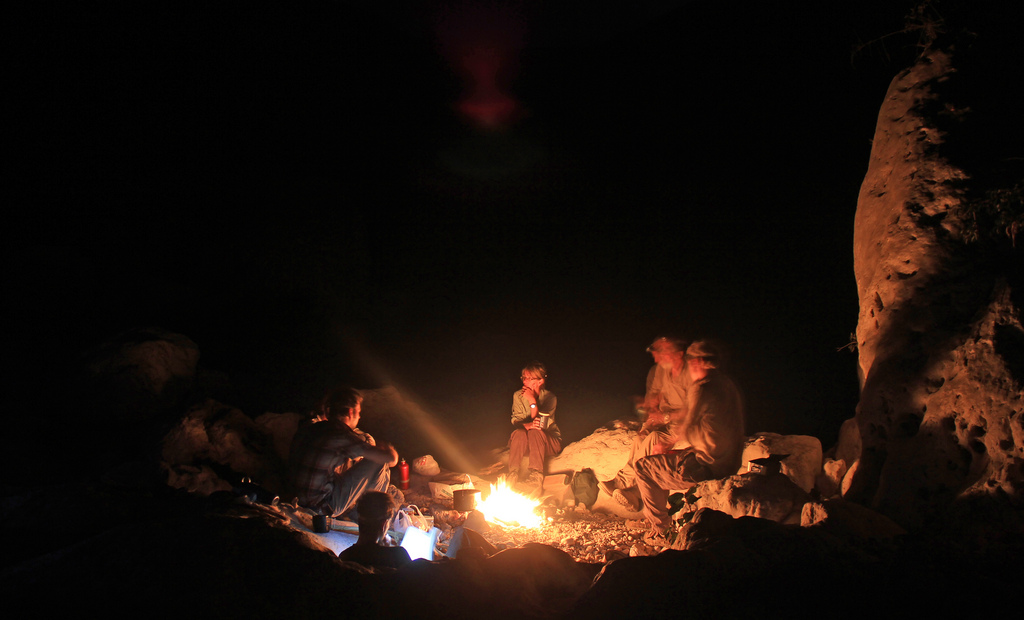 Citizen Science And How Expeditions Can Leave A Lasting Legacy

Last week, having gone through rigorous peer-review (the process by which research is assessed by other scientists), data from the British Exploring Oman 2012 and 2013 expeditions was finally published.

It’s been a long bumpy road to get to this point, but this is the reward for hard work.

The motivation behind it – adventure with purpose – is important, and one of the measures by which British Exploring can set itself apart from the myriad of youth development organisations around the world. Let me step back a few years and explain how this started.

Back in early 2012, our expedition team were dropped off in fishing boats and spent five weeks living in a remote wadi in southern Dhofar close to the Yemeni border.

For me personally, I know I’ll cherish some of the memories for a lifetime. From the swarms of crabs rolling across the beach, the militant camels that would raid our flour supplies, evening camp fires with our new Omani friends and of course the jet black night sky – one of the clearest I’ve ever seen.

And I’m not alone. Our team came not just from all across the UK, but from different backgrounds and with different plans for where our lives would head next. Yet one thing we all had in common was the time we spent together in Wadi Sayq.

The resonating impact of the expedition – I would wager – is largely down to the raw beauty of this small corner of the Arabian Peninsula. Wadi Sayq is relatively untouched and pristine. It is home to one of the last enclaves of the critically endangered Arabian leopard, a species that numbers less than 250 individuals in the wild. It harbours striped hyena and Arabian wolves, (near threatened and critically endangered respectively), as well as endemic reptiles, new dragonflies and extremely rare plants, including areas of legendary frankincense forest.

And so this brings me back to the reason I have loved British Exploring since I first became involved with them at the age of 17; that it gives something back. Our environment played such an important role in our expedition, that it was only right to devote a large portion of our time to understanding, recording and documenting it. Now, hopefully, we will be taking a small step towards protecting it, too.

So what did we find?

One of the joys of exploring the wilderness is that in many places, so little has been done before. Aside from a Royal Geographical Survey in 1977/78, we really were treading new ground – exploring the regions birds and other wildlife.

In all, we recorded almost 8000 birds of over one hundred species, clocking up 152 hours of survey time in the process. Our report also maps the various habitat zones throughout the wadi – an amazing variety for such a small area.

Some of the highlights included 16 species of raptor, including three species that are currently under threat. Arabian Golden-winged Grosbeak (the national bird of Yemen) was also sighted, which is encouraging news for a species thought to be in decline. What’s more, we provided evidence to show just how valuable artificial water sources can be, and made suggestions to work with local pastoralists to exclude livestock from the most sensitive areas.

We know that despite all our efforts, we only scratched the surface. Even on our last days we were making new discoveries.

I finish my journey with hope. Hope that there are enough bold, adventurous and motivated young people out there, reading this; that one day British Exploring can return to Oman and continue to build upon the legacy of learning founded in 2012. Meanwhile Wadi Sayq is still there waiting, for now, in all it’s wild beauty.

I wouldn’t be writing this article if it wasn’t for all of the members of the 2012 and 2013 Oman expeditions, and all of the people behind the scenes at BES, and the Oman Office for Conservation of the Environment (OCE) too – and so I want to finish with an enormous thank you.

These expeditions will surely be recognized as textbook examples of citizen science, and your hard work, willingness and enthusiasm made it all possible. Wherever you are now, and whatever you go on to do next, I hope you’ll take some satisfaction in knowing the lasting conservation legacy that we leave in the area.

(If you want to read the paper in full, you can find it here)

Special thanks also go to the Anglo-Omani Society, Shell Development Oman LLC and the Sandy and Zorica Glen Charitable Settlement for their generous financial support.

Note: This article was originally written for the British Exploring Blog.