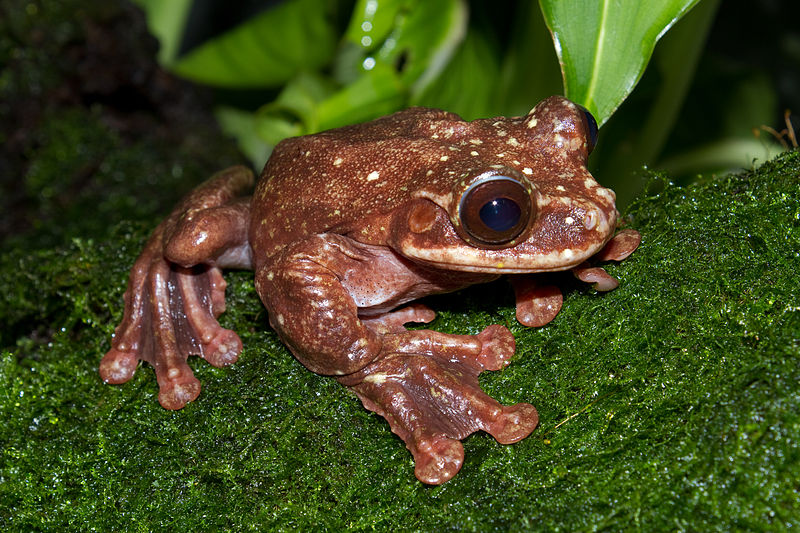 You might have heard that this week, the last surviving Rabbs fringe-limbed treefrog (Ecnomiohyla rabborum) died, having been carefully looked after in captivity in Atlanta for eight years.

The last known individual was called Toughie. As far as we know, this species is already extinct in the wild, and this individual was the last of his kind. We know species are disappearing all the time, but what is unusual in this case is that we are able to witness the precise moment of extinction.

A lot of people have said a lot of beautiful things about this species and so I wanted to share a little bit of the story:

“These frogs were collected before they were formally described by science.

What happened was that biologists were observing a “wave” of amphibian disease (amphibian chytrid fungus) moving southward through Panama. Before the disease wave hit the site where these frogs were found, biologists and the Panamanian government decided to collect groups of frogs for the laboratory – in hope that captive colonies could be established before all was lost.

A number of these frogs were exported to programs in the United States and the Atlanta Botanical Garden did manage to breed the species in captivity; however, the tadpoles proved difficult to manage and did not survive. While in captivity, the species got its formal name via biologists who had recognized it as a previously undescribed species. It ultimately bore the namesake of the famous Brookfield Zoo Director, George Rabb – a pioneer in the zoo field and fierce advocate for wildlife and his late wife Mary Rabb.

Unfortunately, one by one, the frogs grew older and began to succumb to age related issues. This specimen was the last known individual of the species…

Everything humanly possible was done to maintain the health of these frogs – the group collected was too small and too little was known about how to keep them and rear the tadpoles to get them established in the lab.

One of the frustrating aspects to establishing “assurance colonies” in captivity of threatened species is that officials/politicians/etc. often wait until a species is nearly gone before the efforts are enacted. It doesn’t give biologists working on the programs any leeway to learn about the species. Mistakes are costly.”

Fortunately, we do have a very small amount of footage, from the film Racing Extinction.

A Frog Species is Gone, But Its Call Lives On

A few of the remarkable things about this frog:

If you want to read more, Scientific American has a great piece.