Save Our Species Interview: Of Grants and Career Development

A few weeks ago the folks at Save Our Species invited me to answer a few questions for their Newsletter. Here’s what we talked about… but before we leap in, this is a good point to mention that SOS gives away some huge threatened species conservation grants ($25,000 to $800,000)- check them out.

Tell us about yourself and what you do?

My name is James Borrell and I am a research fellow at Royal Botanic Gardens, Kew, England.

My main research interests are in using genetics to guide and support conservation, especially in the context of isolated and fragmented populations, but also in thinking about the potential for organisms to adapt to change.

I have used a series of grants over my career to help fund work in research, conservation and expeditions – all of which I believe are important complementary activities.Early on I won some small grants which were more a vote of confidence, rather than allowing me to do anything substantial. Later, I won a trio of modest grants worth a few thousand pounds (sterling) each that allowed me to pursue my own novel research interests on ‘edge effects’. These helped me in my PhD, which was part of a larger grant, and also as a Post-Doctoral researcher working on an even bigger grant.

People often find it surprising and perhaps confusing to understand how you jump from a small, declining birch tree (the focus of my PhD), to amphibians, to a crop, and so on – I’m also doing a little work on gibbons and rare desert endemics in Oman, at the moment!. But the continuity is much more about techniques and biological questions, rather than the specific study species.

Winning your own grants is key to being able to develop your own research theme, but juggling several at once can be tricky for an individual at least.

What did you do in Madagascar?

I mainly got very wet and muddy trying to catch frogs and chameleons with a great team of scientists! But more importantly, the focus of the research was on edge effects. When we see statistics of the amount of remaining forest in countries like Madagascar, they are alarming enough, but what we don’t think about is all those thousands of miles of ‘edges’ where the forest meets scrub and grassland.

Historically edges would have been a pretty uncommon habitat, with conditions that are often less humid, warmer and sunnier than the deep forest interior. But with deforestation and fragmentation these conditions are now much more common and widespread. My research team was interested in which species can and cannot tolerate these conditions. In a nutshell: are any species (for example, small delicate amphibians) more vulnerable because of these edge effects?

As regards conservation, I think expeditions and fieldwork are hugely important. Research effort is hugely biased towards where facilities and research stations happen to be located. Whilst there’s definitely some advantages to that, working in remoter areas can often throw up some interesting surprises or push you to question assumptions. That’s another important message in conservation – sometimes we don’t even know what we don’t know. 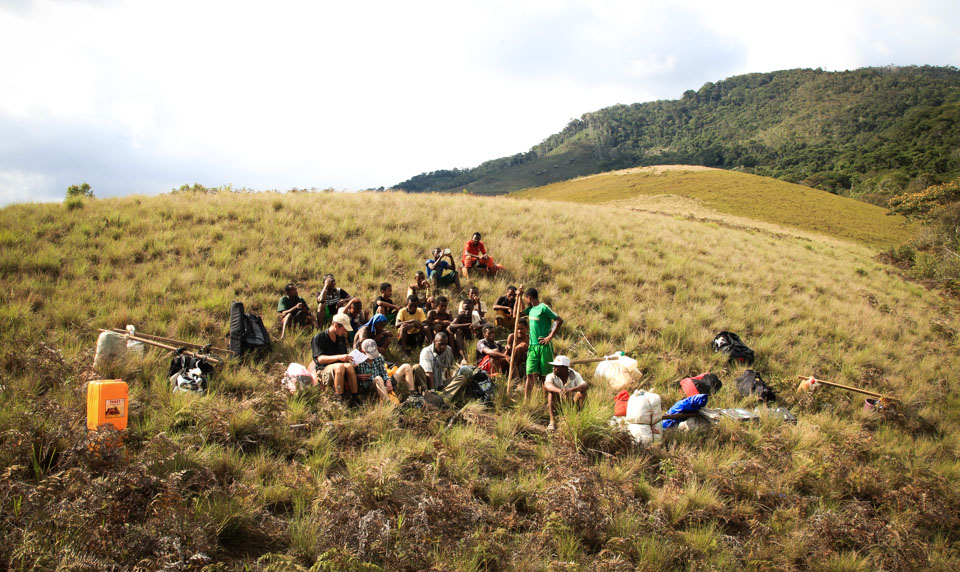 What kinds of challenges might one encounter in being a grantee?

Different grants require a wide range of different reporting standards. Some need very few updates and a report at the end, others require frequent interim reports. It’s important to understand the requirements at the beginning, and even better to build a relationship with a contact at the granting body.

Similarly, and especially in conservation, plans can often change in response to new events or developments. Some grants are very tolerant and flexible, others less so. The moral of the story is to thoroughly and diligently research your proposals – if you win the grant, make sure you can do what you said you’ll do.

What changes are you seeing in the grant-making landscape?

The grants available to you change much more quickly as you progress through your career.

One thing I have noticed is an increasingly prominent focus on ‘Impact’. I think on balance that is a good thing, but many will agree that impact is still a devilishly difficult thing to measure effectively. We all want to achieve it, but are reluctant to be judged by imperfect metrics.

Communication is important, and I hugely enjoy it, but for me it’s secondary to the science. That doesn’t mean I don’t do much science communication – quite the contrary – but I can’t give a great talk, write an interesting blog or record a video presentation if I haven’t got great science to talk about. 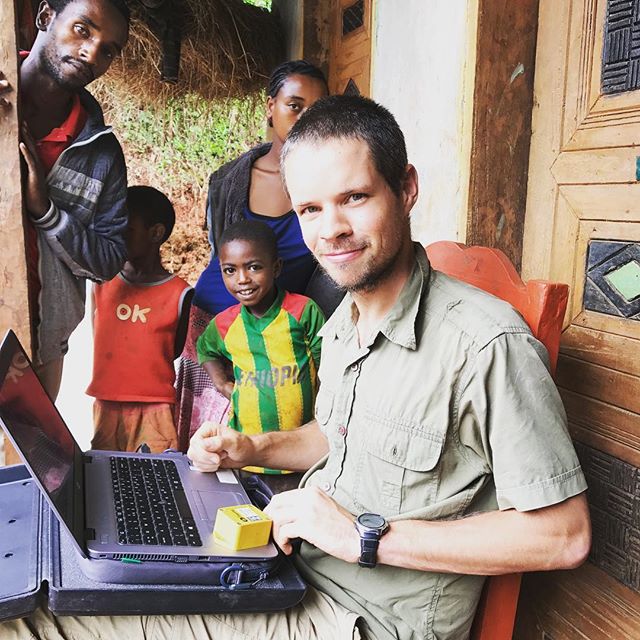 What are you working on now and how is this relevant to species conservation?

I’m currently working on a crop called Enset, or false banana. Enset is an unusual plant for a number of reasons. First and foremost it’s only ever been domesticated in Ethiopia, where it’s the staple food of 20 million people! Meanwhile outside of Ethiopia almost no one has ever heard of it.

Enset is also remarkable in that it supports some of the highest population densities anywhere in Africa. It’s drought tolerant with excellent yield, stabilises soil, can be harvested any time of year and stores well. All in all it’s a fantastic tool for food security. And where you have food security, in a country where forest loss has been severe for example, then you have an environment that is much more conducive to conservation.

Why did you get involved in conservation and how?

Seeing as we’re living through one of the most precarious times in history for life on earth, I wonder how more people aren’t involved in conservation in some way. My own interest was sparked in Madagascar as a teenager – it is, I think, a microcosm of all our challenges, hopes and opportunities rolled into one beautiful country. After visiting Madagascar, how can you not be inspired to try and do something useful.