How to make a Conservation Film and make a Difference (..starting with this book)

If you’re reading this, then you’re probably interested in conservation. I would hazard a guess too, that a large portion of you were first introduced to environmental issues through films and documentaries.

If you’re alive now (and you are), then you’re alive at just about the most important time in human history for conservation. Remember, mainstream conservation is only really about 50 or so years old, and the next 50 will surely decide whether we’re successful or not.

And so if films got you interested in conservation, and if you go on to do great things (which you surely will), then those films made a difference.

How do you make a film that makes a difference? Well, that’s exactly what a new Conservation Film-making book seeks to answer, and the folks at Wildeye kindly sent me a copy to take a look.

Conservation Film-making: How to make films that make a difference 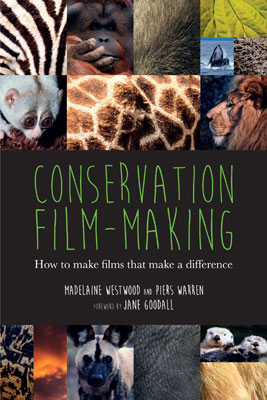 What Did I Make Of It?

One of the things I most enjoyed is an almost encyclopedic sense of detail throughout. It meticulously describes all steps and considerations from inception through to completion, covering pre-production, funding, techniques, audiences and so much more.

You genuinely get a sense that if you were to keep it with you, following every step and answering every rhetorical question; then you would give yourself a jolly good shot at producing something incredible.

Another good feature is some discussion of rules and techniques for composing shots. Of course, there are no steadfast rules, but things like the ‘rule of thirds‘ are a great start. If I were to want more of something, it might be additional advice on framing shots, along with more photos and examples. Something like this excellent article on composition, would make a great companion.

Plenty of attention too is given to sound, a topic to ignore at your peril (and something that nearly everyone finds out the hard way).

One of the final sections, and something that appeals to me as a scientist, is the chapter on monitoring effectiveness. That is, how you can understand the impact your film has had.

All in all, it looks great. Well done to Madelaine and Piers for putting it together. Find out more, and get your copy here.