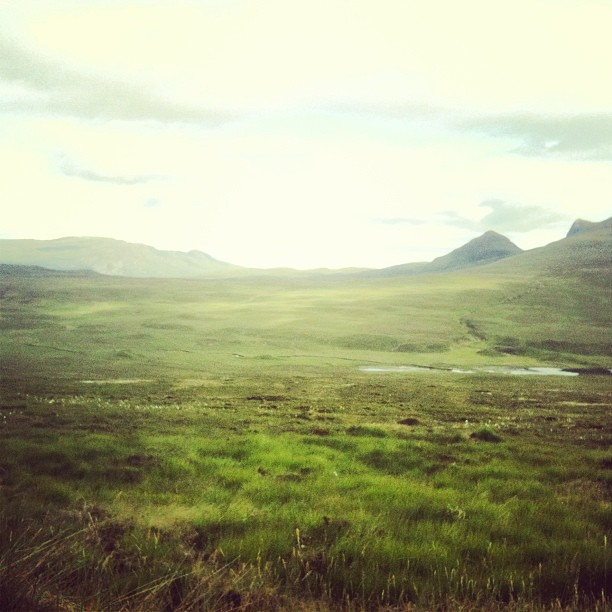 What’s the best way to conserve wildlife? Is organic wildlife-friendly farming the way to go? How are we going to feed 9 billion people in 2050?

Whatever way you look at it, most of the successes to date are not particularly inspiring. If we’re really going to support a growing population whilst reversing (or at least slowing!) global biodiversity loss, we will large scale, internationally agreed, evidence based strategies. A tall order?

Well, here’s an important idea that is likely to set the stage for conservation in the 21st century.

What Is ‘Land Sparing’ And ‘Land Sharing’?

Land Sharing: A situation where ‘low-yield farming enables biodiversity to be maintained within the agricultural landscape’.

So What Does Land Sparing And Land Sharing Mean For Agriculture?

In a nutshell, either we increase the area of land that we use for agriculture (land sharing), or we intensify production on the land we already use (land sparing).

Firstly, we’re already using much of the land most suitable for agriculture. If we convert more land to farming, then we are likely to be talking about rainforests, wetlands and other high biodiversity areas.

However, intensifying the land we already use is not easy. We might have to explore new technologies like genetically modified crops or new pesticides.

What we can’t choose to do is nothing, because the population is growing and the demand for resources along with it.

Which Option Does The Evidence Suggest Is Better?

Research lead by the BTO in Uganda found:

“The population densities of 256 species of bird (including 10 Palearctic migrants) were measured, along with crop yields and farmers’ income.  In a result consistent with previous studies in Ghana and India, most birds were found to fare better under land sparing, where more native forest was left unaffected by agriculture.  This was especially true of species with smaller geographical ranges, which are more likely to be of conservation concern.”…Read more

“Organic farming aims to be wildlife-friendly, but it may not benefit wildlife overall if much greater areas are needed to produce a given quantity of food. […] Organic farms supported a higher density of butterflies than conventional farms, but a lower density than reserves. Using our data, we predict the optimal land-use strategy to maintain yield whilst maximizing butterfly abundance under different scenarios. Farming conventionally and sparing land as nature reserves is better for butterflies when the organic yield per hectare falls below 87% of conventional yield. However, if the spared land is simply extra field margins, organic farming is optimal whenever organic yields are over 35% of conventional yields.” …Read more

There are of course plenty more studies, that represent a variety of opinions. This is just two examples…

So On Which Side Of The Farmers Fence Do I Stand?

Well, I have to say that I throw my lot in with land sparing. In my view – if done appropriately – the balance of scientific evidence suggests that intensive farming, combined with strictly protected areas has the best potential to preserve net biodiversity.

Surprisingly for someone that might be called an environmentalist, I take issue with organic food, at least in supermarkets. Generally, yields are substantially less than conventional farming (which is why they are normally more expensive to buy), and that’s something we can’t afford globally.

Useful Article On The Land Sparing vs Land Sharing Debate: