Overfishing in the Warm Heart of Africa

Carving its way across Africa from the Dead Sea to Mozambique, the great Rift Valley is one of the continents most important and defining geological features. Formed 20 million years ago, and up to two kilometers meters deep, the Rift Valley system has resulted in dozens of mountains and water bodies including the sulphurous Lake Natron, alive with birds, and the majestic Tanganyika where chimpanzees swing through the trees along its shore.

Yet the most breathtaking and perhaps most famous is surely Lake Malawi (also known as Lago Niassa in Mozambique, who with a bit of friendly rivalry, don’t think Malawi should get all the glory). At 585km long and up to 75km wide, this is the ninth largest lake in the world, and I can attest to the fact that it very much looks like the sea, complete with waves and beautiful sandy beaches.

As impressive as this is, the real surprise begins when you slip below the surface into Lake Malawi’s brilliant turquoise waters and come face to face with a swirling riot of fish. Blues, yellows and reds all compete for your attention, darting this way and that, defending territories, picking algae from the rocks and occasionally investigating you too. Overhead, mighty fish eagles swoop down to seize their prey in a flash of feathers and talons.

One of Africa’s poorest countries

To date, Malawi’s tally of fish species exceeds 800, with many more likely to be described. Nature’s bounty is even more visible on the bustling lake shore past hundreds of fishing boats and dozens of fish sellers. Drying fish are laid out on great tables in the sun, the pungent odour drifting in the breeze, whilst prices are haggled and deals are done.

Malawi is one of Africa’s poorest countries. Combined with a burgeoning population (nearly 80% of which is under the age of 29!), it’s no surprise that the health of the lake is intrinsically linked with the wellbeing if its people. But the lake is being plundered at an unsustainable rate. Statistics show that fish stocks in Lake Malawi declined by 93% from the year 1990 to 2010, with every reason to believe this has continued since. The fish being caught and sold by today’s fishermen are mere babies, often barely an inch long, compared to those caught by their forefathers. In desperation, even mosquito nets sent by well meaning NGOs to tackle malaria are being channeled into the service of fishermen with the sole purpose of catching anything and everything that swims. 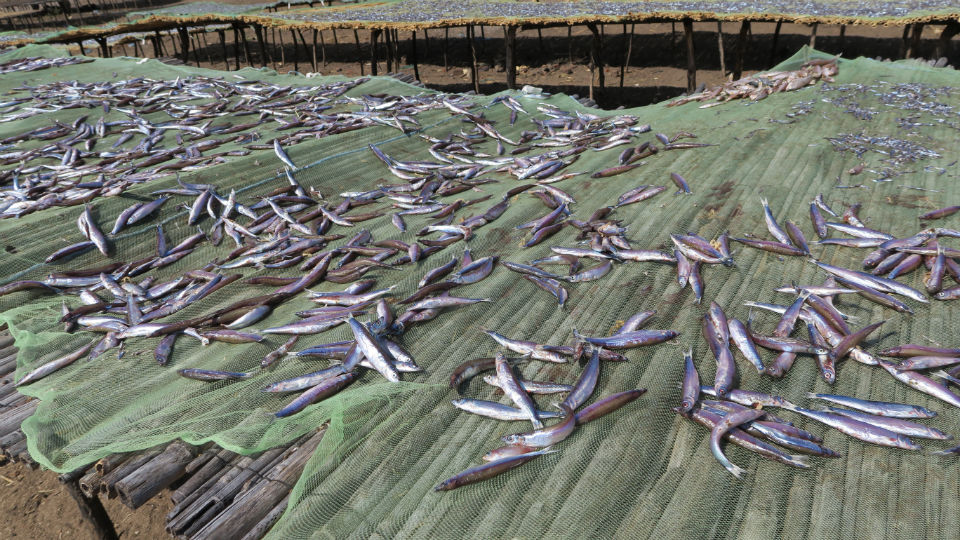 As we travelled up the lakeshore on our journey across Southern Africa, we were pointed towards Joseph Makwakwa, Malawi’s home grown talent who is seeking to tackle this fishing crisis. We met Joseph in his office behind a small library at the far Southern end of the lake. Welcoming us with a broad smile he wasted no time in explaining his plans, often flicking through piles of papers to highlight rules and agreements, or digressing into consequences and ramifications of various ideas. Tackling overfishing is a social, political and ecological challenge, and all these considerations were swirling in his mind as he choreographed a strategy.

His plan, in a nutshell, is remarkably simple and revolves around giving fishing communities total control over fishing. As optimistic, and perhaps a little foolhardy as this sounds, the beauty is that with his guidance, the community designs and sets the rules for their area. This self-policing approach seems to be both more effective and better enforced than old fashioned policing. They also have the power to fine anyone amongst the group that breaks these rules, and in turn benefit from the income. Joseph believes that “If the communities out there input to the project, they will own the project, and it will sustain itself”. 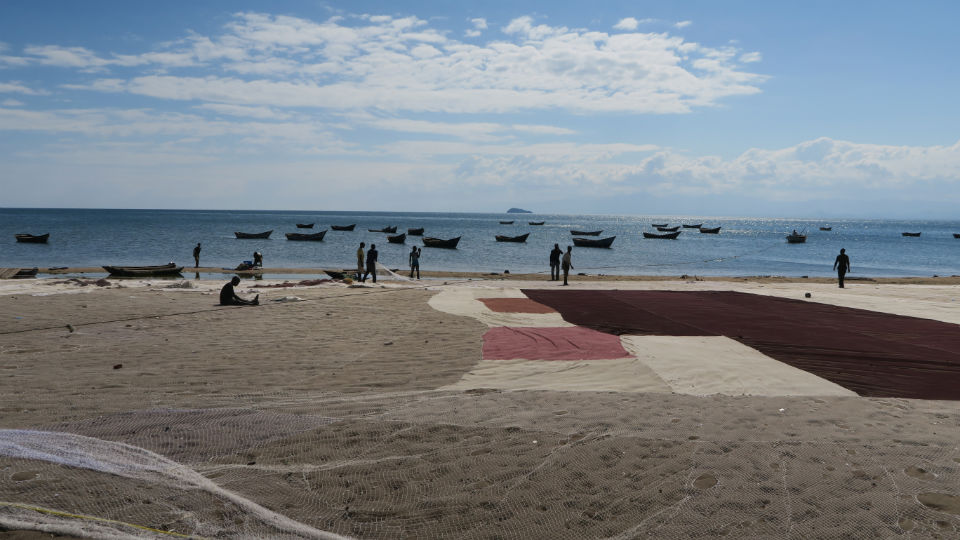 The Land of the Lake

To appreciate the urgency of this crisis, one only needs to visit the shore as we did with Joseph. Passing racks and racks of fish we saw barely any that would meet the current legal minimum size. On the beach a dozen men were hauling at a great rope, their feet sinking into the sand. Encrusted with salt it disappeared hundreds of meters out into the water. Positioned by small boats it would take hours to eventually be drawn in, but it would engulf everything in its path – an all too visible example of the illegal fishing methods that authorities have struggled to outlaw.

That night as the sun set behind the Western shore, a string of lights bobbed far out on the water. Naively we though it was a distant village, perhaps in Mozambique, but it was in fact a small fishing fleet equipped with huge spotlights used to attract the fish and make them easier to catch. Overfishing in Malawi is just another example of the growing discord between rising populations and poorly managed resources. The solutions are often difficult to conceive, harder to implement and take time to yield results. We can only hope they succeed, because it’s the future of Malawi – the land of the lake – and everything that lives in it, at stake.

P.S. A big thank you to Tentsile for supporting this journey, to WeForest for welcoming us so enthusiastically to hear about your work, and Beatrice for the groundnuts.

This is part five of the Tentsile Africa Overland Series, read more, here.