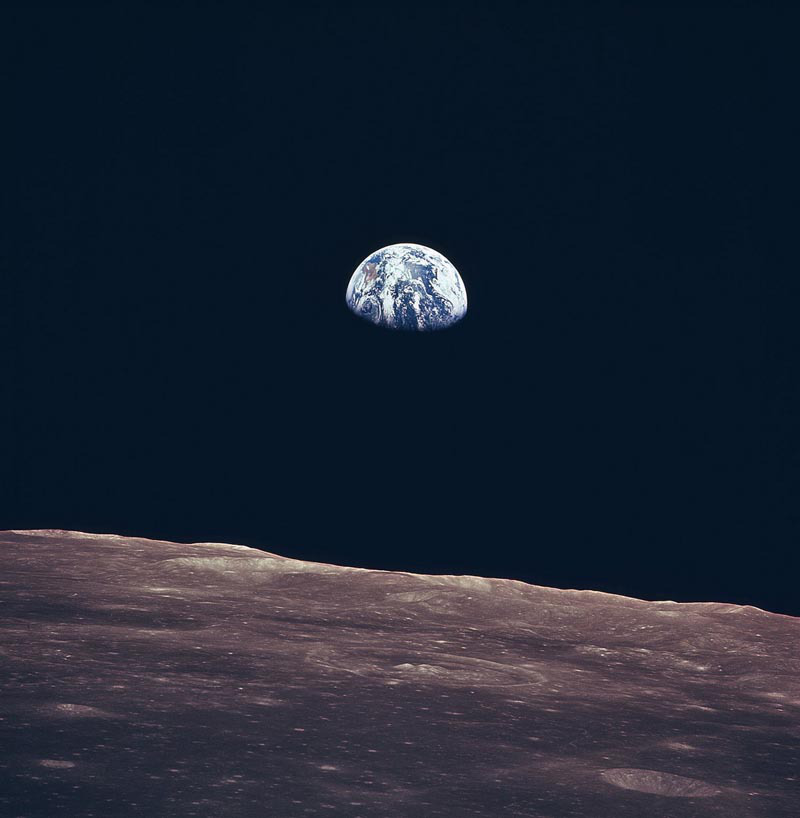 The one image that I use in all of my talks

I’ve said that lots of times, because it’s how I like to open my TEDx talk. Most people haven’t the foggiest who I am (unsurprisingly!), but the handful that do, know that I’m a passionate conservationist.

So why then open with a a fuzzy photograph of our world with the Moon in the foreground?

The reason, is that it’s not just any old photograph. It is, incredibly, the first image ever taken by a human of Earth from space way back in 1968. Sure, there are much better ones around now like the Blue Marble, the view of Earth from Mars, or Carl Sagan’s legendary Pale Blue Dot.

But this is, and always will be, our first human perspective on the place we call home.

In my TED talk I explore some of the species we’ve lost and some of the species we’ve saved since that photograph was taken almost half a century ago. Why? Because as a child I was fascinated by space. The ability to go up there and look back at home is astounding, but we did it. Yet in that, with all that technological prowess at our fingertips, we still can’t stop biodiversity loss down here on Earth. Conservation, in retrospect, makes going to space look simple.

As a result, there is of course a part of society that thinks money spent on space exploration is wasted when there are so many problems here on Earth, but I disagree. Earthrise helped catalyze the environmental movement, it showed us how small and special we were, and gave us a whole new perspective on life.

Space exploration is I hope something that has the power to focus our attention. I am and always will be a passionate space specatator, I get excited when SpaceX land a rocket, when we put Rosetta on a comet and when we send missions to Mars. The more we look out there at the universe, the more we realise how special life is here on Earth.

I believe that is our greatest tool in trying to protect it.

P.s. All of the Earth observing satellites sure help with conservation too!