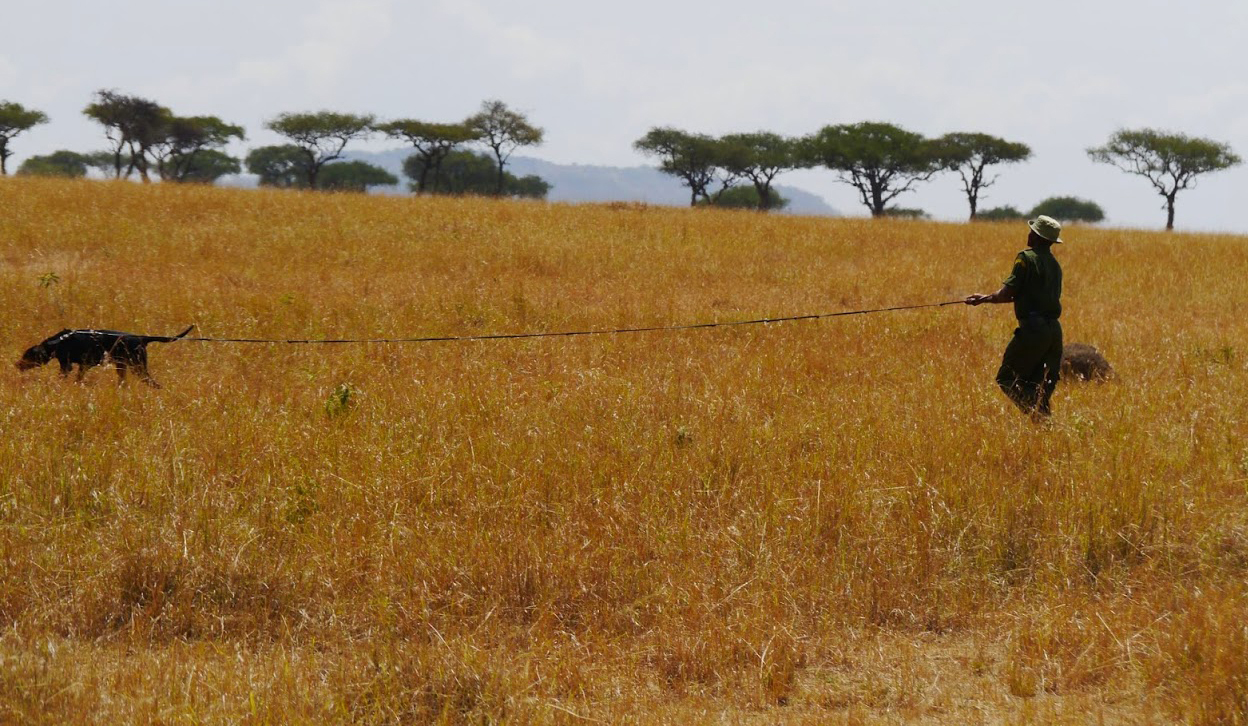 I receive emails from a variety of people. Most are looking to get into conservation and are searching around for advice, ideas or opportunities. Sometimes I can help by pointing them towards lists of expedition grants, volunteer organisations or just advice articles. But often I don’t know the answer!

This week I had an email from someone who trains dogs to work in detection of various substances. The principals for dog training are apparently quite consisted no matter what you use it for, so he wanted to know if there were any opportunities for working with dogs in conservation.

I had no idea. I’ve never worked with dogs, and I’ve not seen any used before in conservation. In these cases I sometimes put a question out to the Twittersphere which is infinitely knowledgeable on this sort of thing.

It did not disappoint. Here is the mammoth list of projects and organizations that use dogs.

Projects Working With Dogs In Conservation

Conservationists have known for a while that the killer whales of Puget sound are not doing very well. Part of the reason might be that these whales have some of the highest levels of accumulated toxins such as pesticides and flame retardants of any species on earth. But to study this, the scientists need to find whale feces, and this is where a sniffer dog comes in – it stands at the bow of the boat and literally helps them search it out! Read the full story here.

This is a project training dogs for location certain species in New Zealand such as the kākāpo, kiwi, whio, pāteke and takahē. They can also detect signs of invasive species. They even have application information, if you want to become a handler.

Meanwhile, in many places poisoning of large carnivores and raptors is still a big problem. In Spain, dogs are being deployed to help safely find poisons and protect endangered wildlife. There’s a similar project in Greece, too.

Sniffing Out The World’s Rarest Gorillas

The critically endangered Cross River Gorilla lives in dense highland forests on the border between Nigeria and Cameroon. They are hard to find, and that’s probably why they have survived this long. So scientists took a group of specially trained dogs, and set them to work searching for gorilla poo, in order to help monitor the surviving population. The great things in, all these dogs came from Shelters. Read the full story here.

India has been training lots of dogs too. A new team of 14 dogs and 28 handlers has just doubled India’s strength of wildlife sniffer dogs. They will now be deployed in seven states with surviving tiger populations to help tackle poaching. Read more here.

The Best Dog Breeds To Save Livestock and Wildlife

A great article about helping to reduce human wildlife conflict and guard wildlife with the right breed of dog.

Cheetahs are not doing so well in Africa, so to help tackle the problem, dogs are trained to hunt down Cheetah scat for scientists, “DNA is then extracted in its laboratory to identify individual cheetahs and understand cheetah population structure.” More about Cheetah conservation, here.

An organisation specializing in training dogs to tackle poaching in Africa.

A Specialist Koala Dog In Brisbane

This organisation has trained dogs to detect threatened desert tortoises in the US and Mexico, and have even trained the first ever Great Crested Newt Detection dog, who will be operational later this year. Read more.

A Border Collie And The African Bullfrog

The collie named Jessie has been helping search construction sites for rare African Bullfrogs. It’s hoped that in the future, she might also be able to help search for another threatened species in South Africa, the Amatola toad.

Lastly, I didn’t think it was fair to let the dogs have all the fun. Here’s a great story about specially trained African giant pouched rats.

I’m sure there’s lots more, feel free to add to the list in the comments...

Special thanks to these tweeters for all of the suggestions…