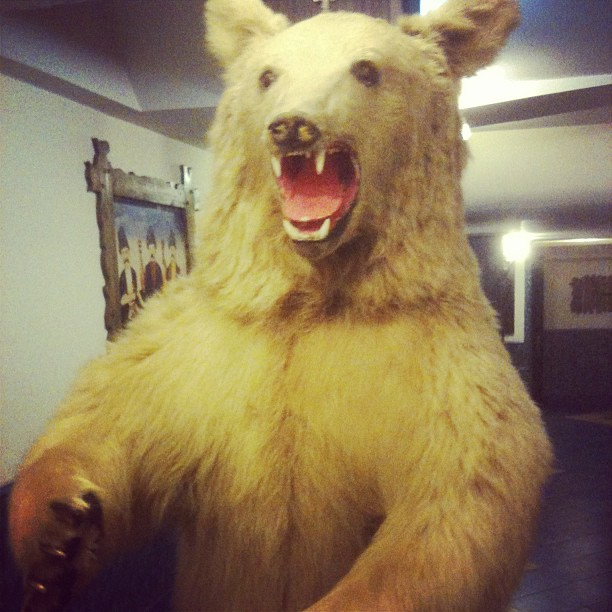 Why Conservation Is Awesome (A few of the best fieldwork fails)

I love it – #fieldworkfail has to be the best thing that ever happened on Twitter (right after #IamaScientistBecause). All the best made plans rapidly unravel whenever you put scientists into the field, and here’s how.

When your drugged zebra finds the ONE tree on the Namibian plains, which also has a neck-height fork #fieldworkfail pic.twitter.com/2iUx2uxGNB

For 20% of my camera traps, this was their fate: death by elephant #fieldworkfail pic.twitter.com/7egiXCsv1G

Swatting away a wasp whilst holding a bat. Accidentally threw the bat at the wasp #thewaspfled #fieldworkfail — Dave Bennett (@hammerheadbat) July 31, 2015

Spent 15 min. in W. Texas trying to identify rodent in live trap. Field guide failed to help. It was a Hamster. #fieldworkfail

@AnneWHilborn thinking you are alone having a peaceful pee, only to see a male leopard walk right past you! #fieldworkfail — Katherine Orrick (@KaggleRock) July 30, 2015

Accidentally glued myself to a crocodile while attaching a radio transmitter. #fieldworkfail

When you lose any entire wheel on drive. I mean an entire wheel. #fieldworkfail pic.twitter.com/jumKxa0bZI

bobcat wouldn’t leave cage trap. jumped/hissed at him to scare him off. he jumped/hissed back. bobcat spit in my mouth. #fieldworkfail — Rebecca April (@beckoftheyukon) August 1, 2015

Went all the way to Antarctica to study scallop swimming, scallops attached to rocks and don’t swim. Ever. #fieldworkfail

.@AnneWHilborn How about your advisor getting two trucks stuck in the same spot in < 30 minutes? #fieldworkfail pic.twitter.com/J9cB9NjKPn — Chris Rowe (@chrisrowebot) July 30, 2015

Thinking you are alone having a peaceful pee, only to straighten up and find cars full of tourists looking at you. #fieldworkfail

Waiting 45 minutes to see if there was a cheetah hidden in this shrubbery was a #fieldworkfail. There wasn’t. pic.twitter.com/XqIgZ2spuY

“We don’t need an off-road vehicle. The roads aren’t so bad.” Turns out they were bad. #fieldworkfail pic.twitter.com/JF8kseQ8qf

When a sperm whale baby gets entangled in your recording rig. Big mama arrives and is not amused. #fieldworkfail pic.twitter.com/3TtT8KyZDG

Not quite a #fieldworkfail, but a naturalist fail: Got super excited by a “field” riddled with “puffball mushrooms”: It was a driving range.