The 10 Best Questions I’ve Been Asked By Schoolkids

The natural world has spent billions of years making fantastically strange plants and animals. So many in fact, that there is always something wonderful and new that you’ve never heard of.

My greatest pleasure is the chance to speak in schools about conservation and expeditions. Despite being somewhat biased, I think that it’s the perfect mix. There’s adventure, discovery and a hint of derring do from expeditions, combined with the sense of purpose and achievement that comes from conservation.

Children always ask the best questions too. Here are a few of my favorites. 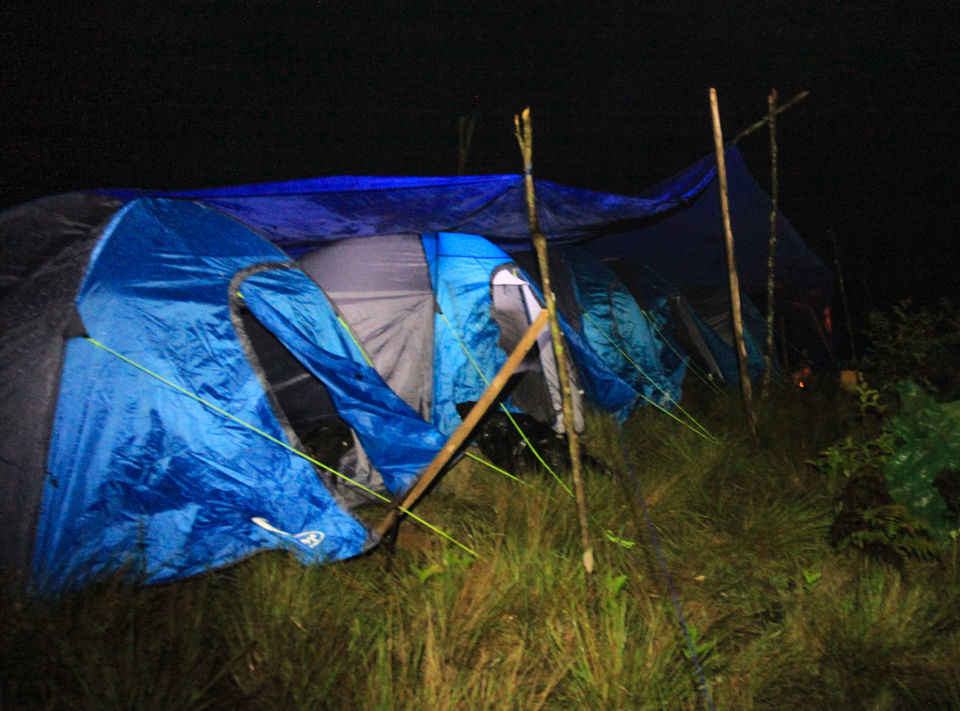 1. What’s the scariest thing that’s ever happened to you?

Being a bit of a wimp, I’ve largely gone out of my way to avoid getting into any tricky situations (much to the disappointment of 6 year old lad who asked the question).

That being said, we almost got stuck on an island in the middle of the Makgadikgadi Pans, with a storm raging and the water rising. There was apparently a great sunset and some thousand year old Baobab trees, but I don’t remember them because I was busy being scared. A cliffedge road and an overconfident Albanian driver comes a close second.

There was another time when a huge dead branch fell from the canopy at midnight and landed in a heap next to my tent. Not so much scary because it happened so quick, it was just terribly bad luck.

This one comes up a lot, and I cheat by giving a different answer every time. Today I’ll go with chameleons, because they’re just really good fun to play with (in science we call it ‘research’). There’s something about the eyes that can move independently, the kind of human hand/claws and of course the fact that they change colour.

For novice field biologists, they are also surprisingly easy to find and catch! 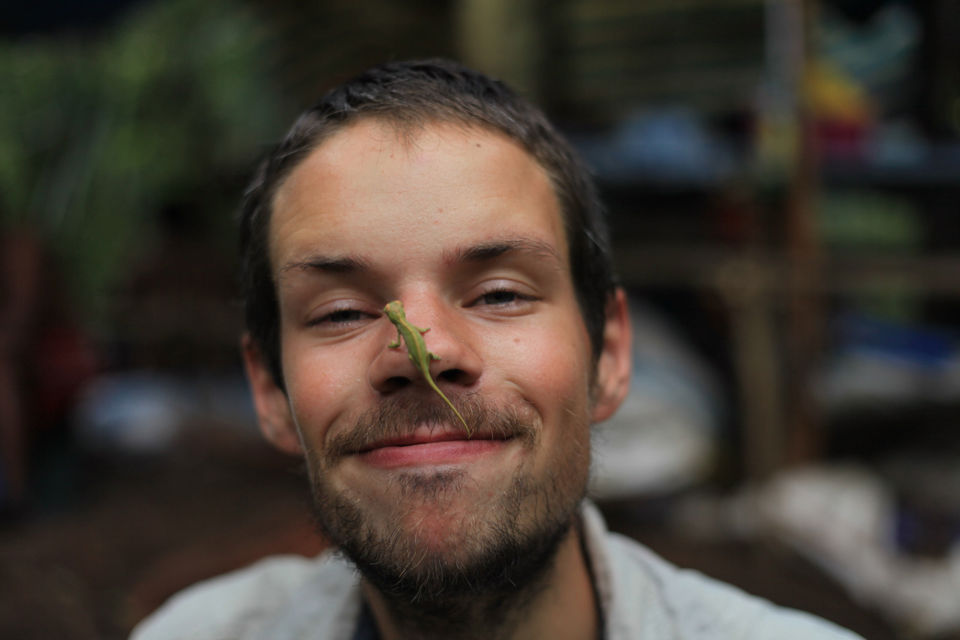 3. Why did you get into conservation?

Like many people, I raged against the idea of a desk or office job and longed for something that would keep me in the great outdoors. Alas, I now spend most of my time behind a desk, but nonetheless I love it. I got into conservation because the natural world had given me so, so much enjoyment. Yet I found it a little bit difficult to enjoy with a clear conscience, given all the challenges we face.

Conservation research is the perfect mix, you get to experience the natural world, but also work to protect it. 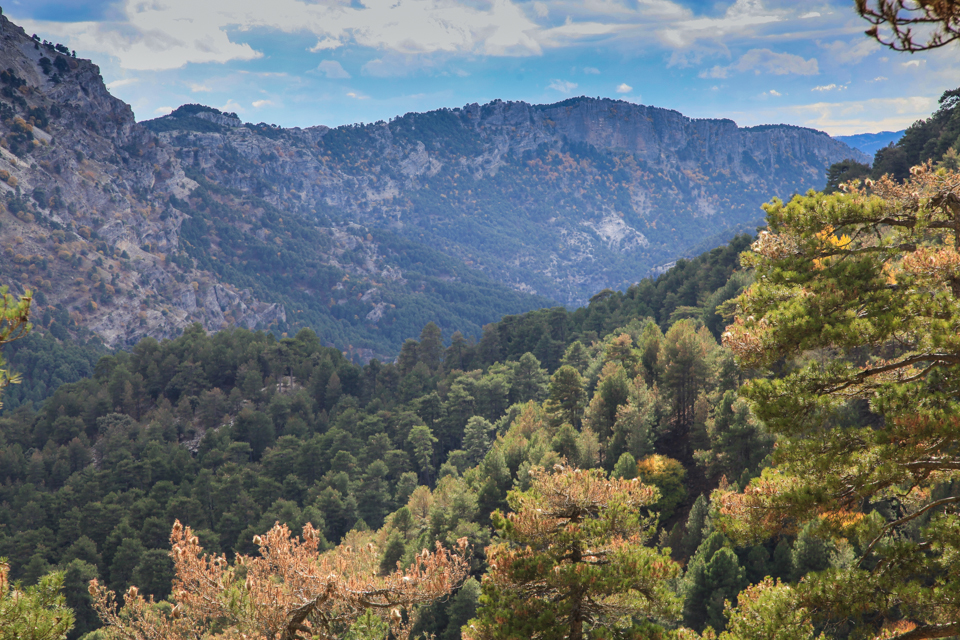 4. What’s the biggest problem in conservation?

Tough question! Again, my answers very quite a lot depending on what I’ve read recently, but generally it boils down to some form of shifting baseline syndrome.

(Daniel Pauley’s talk on the topic is a must watch). 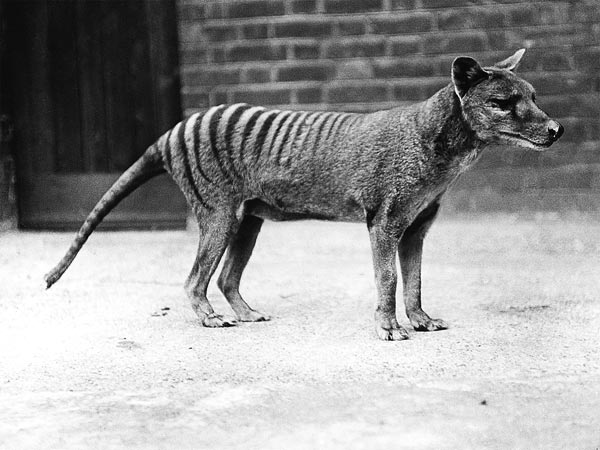 5. If you could bring one species back from extinction what would it be?

Failing that, I’d love to see a Thylacine. It’s odd to think that there are people still alive today that remember them. There’s something tragic and beautiful about that. 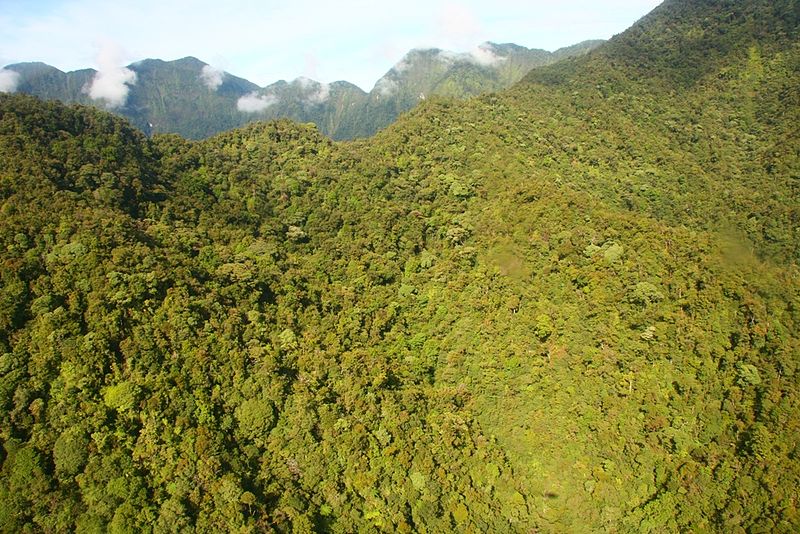 6. If you could go anywhere in the world, where would you go?

New Guinea. Speaking with no experience whatsoever, I recon that must be one of the toughest places in the world to lead an expedition. It has a fair number of odd creatures too, which is very appealing. 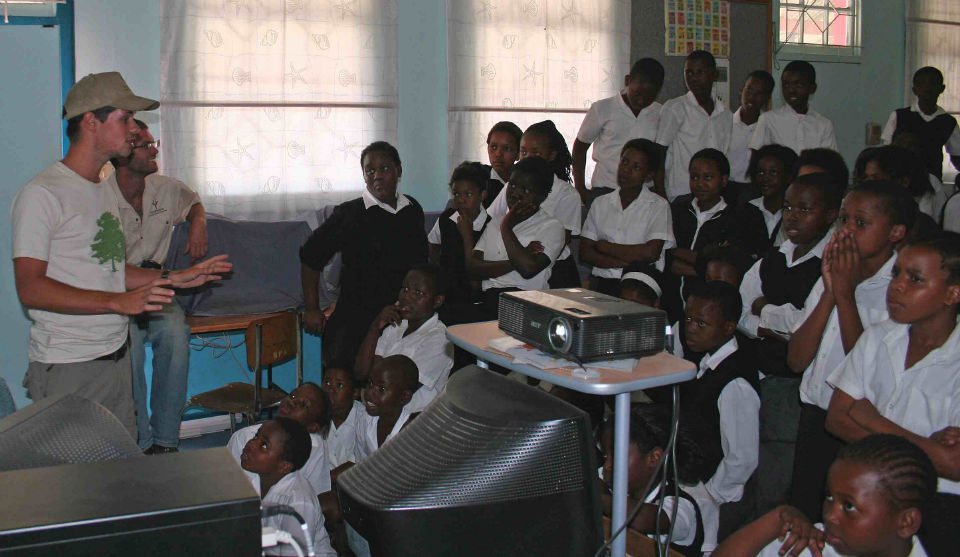 7. What can students at school do to help conservation?

It’s nice when this question comes up. It mean’s, hopefully, I’ve done a good job.

The easy response would be to give £3 a month to the conservation charity of your choice, and absolve yourself of any guilt. But instead my answer is simple: Stay interested, read, learn and keep an open mind.

It sounds a little bit hand wavy, but the better educated the public is about conservation, the more intelligent the discussion. When that happens, it helps governments and NGOs make better decisions. 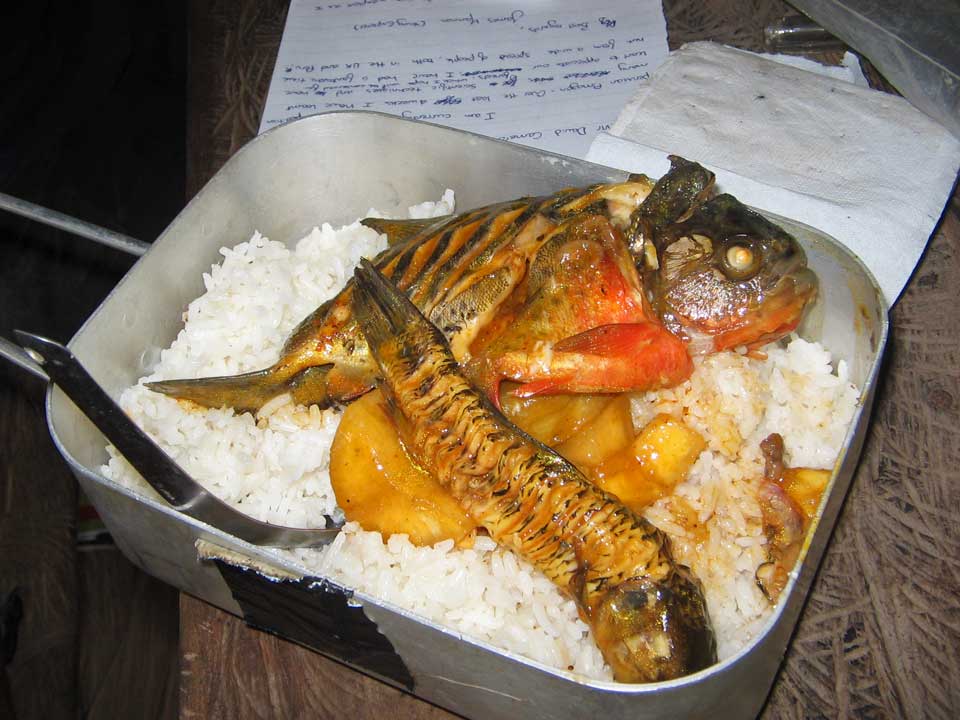 8. What do you eat on expeditions?

To rephrase this for the inquisitive student – what they really want to know is ‘what is the strangest thing you’ve ever eaten and do you have a picture!?’

In response: Locusts taste like prawns. Tenrec’s taste like chicken (and guilt). Prianha (above) is honestly delicious! 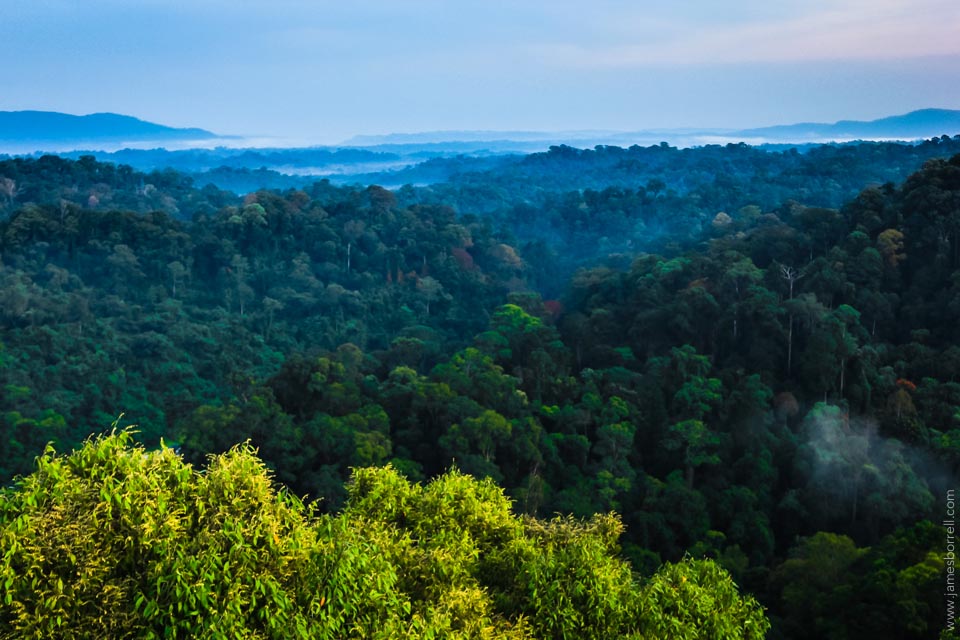 9. Where’s the most powerful place you’ve been to? The one that had the biggest impact on you.

Out in Brunei there’s a canopy research walkway. It’s really just a few tall stacks of scaffolding with guy-lines. It wobbles a bit in the wind, but it’s incredible. I was lucky enough to spend both a sunrise and sunset up there, eye to eye with the canopy listening to the gibbons and Six O’Clock Cicadas ringing out. The photo above gives you an idea of the view.

That competition has to be won by the Colugo. There’s two species, and together they have an entire Genus, Family and Order all to themselves, which means they’re rather unique. They blend in to the trees making them very hard to spot, and apparently they eat sap! 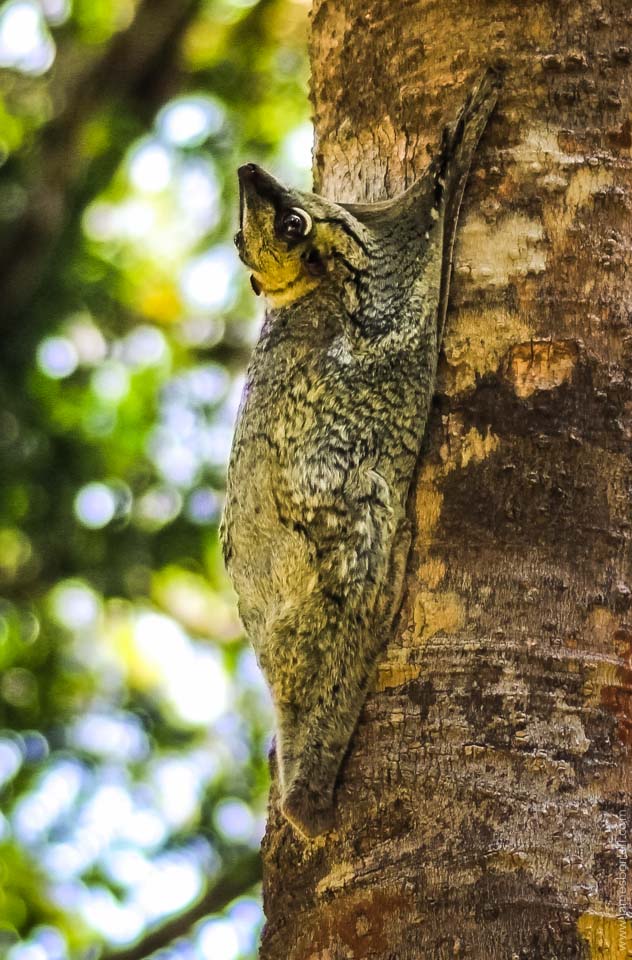 If you’re interested in booking me for an event, find out more on my speaking page. I talk to adults, too.